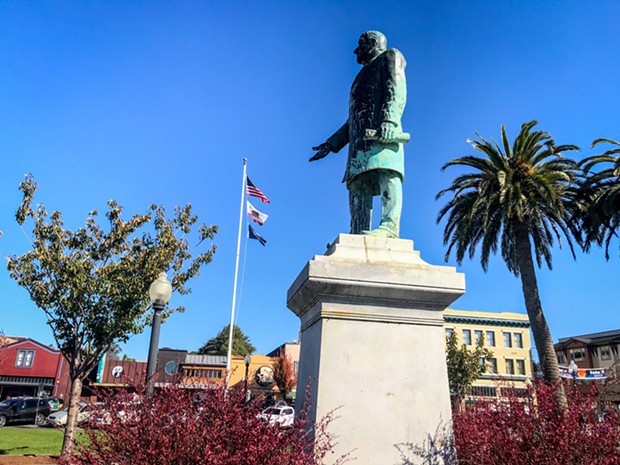 The statue of President William McKinley was doused overnight or early this morning with some sort of liquid that left a greenish patina discoloration down the front and back of the figure.

The Mad River Union reports the vandalism was discovered by a city worker and has been reported to the Arcata Police Department. The sergeant on the case was not immediately available for comment.

This, of course, is not the first time the bronze has been marred. Back in April of 2003, someone snapped off its thumb but it was later returned. 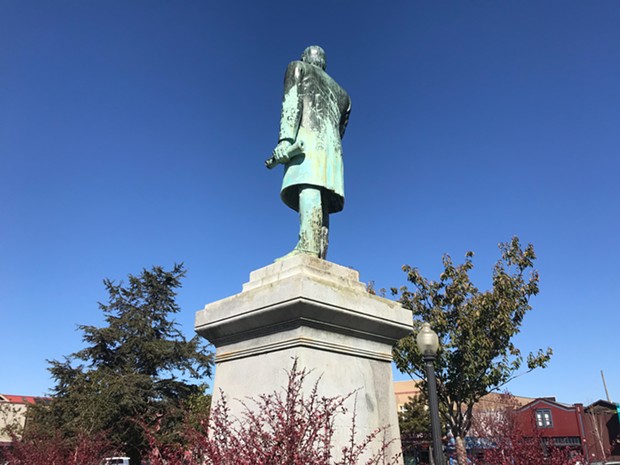 Next month, Arcata voters will decide the future of the statue, which has stood at the center of the plaza since 1906, with Measure M, which would prohibit the "modification, destruction, relocation from the historic place in the center of the Arcata Plaza of the President William McKinley statue and/or its base."

The ballot initiative was a response to the Arcata City Council’s controversial February vote to take down the monument to the nation’s 25th president. Read  previous Journal coverage on the issue here, here and here.