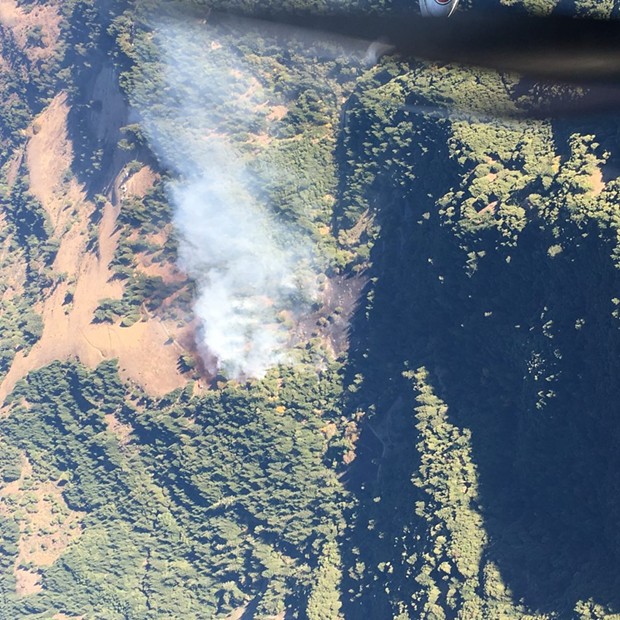 According to an evening update from Cal Fire Battalion Chief Paul Savona, forward progress on the fire has been stopped and no structures were lost but “due to heavy fuels and mop up, crews will be working in the area throughout the day tomorrow.”

“We’re going to be there all night,” he said. He explained that the fire had spread to somewhere between three and six acres moving slowly in heavy timber as of 6 p.m.

“We’ve got six or seven engines, a dozer,” he noted. “Multiple local crews are out assisting.”

“The cause of the fire is unknown at this point,” Savona said. At this point, no structures are threatened.