For the past three seasons of Humboldt State University football, Bennie Marzett and his family have made the nine hour drive from Bakersfield to Arcata to watch his son play. With the exception of one absence by his mother, Deborah Marzett, defensive back Patrick Marzett’s parents haven’t missed a Lumberjacks home football game. On Nov. 3, they remained dedicated and watched their son and the entire Jacks program play their final football game at the Redwood Bowl.

“We’ve got to support our athletes. Our son, plus the team,” Bennie Marzett said. “We support the whole organization.”

For Marzett’s family, it was important to support the Jacks as they worked hard to close out a tumultuous season, which was announced in July to be HSU’s last following a budget cut and an unsuccessful fundraising effort.

“For this to be his last game here at Redwood Bowl, and to know that this particular season hasn't been a very strong season for the team … it takes even more,” Deborah Marzett said. “Even more to know that this is your last season and these young boys come out and they still work hard.” 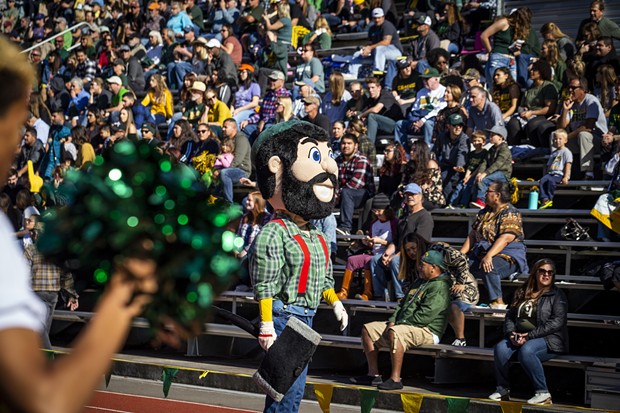 The stadium was packed Saturday, a rare, sunny day in Humboldt County with fans and alumni who turned out to see the Lumberjack’s final game in Redwood Bowl, which the program has called home since 1924. More than 200 Marching Lumberjacks, who celebrated 50 years of their irreverent tradition, were on hand for a bittersweet final halftime performance.

“It's even fun being an adult and coming out here. We haven't seen each other in 30 years and it's like we've never left,” Jeff Bowman, class of 1983, said. “This is an important part of going to a university because it's not just the football, it's the band that gets to do the halftime show and all the people that come and support it.”

Another Marching Lumberjack alum, Gordon Johnson, lamented that HSU would be losing some of its uniqueness with the loss of its football program.

“Humboldt was built on being out in the middle of nowhere and being special,” Johnson said. “They're taking all of the special away.”

For many local families, looking forward to the Saturday night lights in the redwoods has become a staple, including April Hemsted, who has brought her 2-year-old son Cash to every game.

“I used to come to the football games all through high school and college,” Hemsted said. “Now being able to bring [my son], and he loves it, it sucks that it's not going to be here anymore.”

Meanwhile, HSU senior Adam Baran felt like the end of Jacks football would mean one less community event that brings groups together.

“I think it's unfortunate,” Baran said. “It’s a big event that a lot of people end up coming to, including the public. It's a mix of the students and the public.”

To many, sports are an important aspect of the bond between campus and community. Interim Vice President of Student Affairs Wayne Brumfield said he hopes HSU’s competitive spirit will leave a lasting impression even after the end of its football program.

“Football and any athletic team, there's always a connection and engagement with the community, with students and families,” Brumfield said. “What I'm really happy about is that the stands are full today and it seems like there's great participation and there’s great competition as I look at the scoreboard. I think football will end an era and, hopefully, we’ll get a win tonight and leave the great impression.”

The Jacks, who entered Saturday having won one of eight contests, entered the third quarter knotted up 17-17 with 6-3 Azusa Pacific University. They fought to a stalemate through the fourth quarter. For fathers like Chris Emmons, that is a lesson he hopes children can learn from.

“It translates into me telling my kids, ‘Look, they've been giving everything they can for several months to be out on this field,’” Emmons said. “They are role models … it shows the kids around here that if you work hard, you can be out there for the community.”

The Jacks ultimately didn’t have enough, and fell 20-17 in overtime. Despite the somber end to an emotional game, friends, family and fans of all ages still flooded the field. Among them was the son of Mario Valadez, who asked Lumberjacks’ defensive end Keven Bernard for a high-five. With tears in his eyes, Bernard obliged.

“It’s humbling, you know?” Bernard said. “I think that's what the school doesn't understand, is that us athletes, football players, we’re role models to other kids. People from high school or Pop Warner come to us and ask us questions about how to play football here at Humboldt State. Those kids look up to us.”

It was a tough loss in the midst of a tough season for the Jacks, but what shined through was the respect fans and athletes have for one another.

“Hopefully, they all understand its not the win or lose, it's the season and what it really means,” Deborah Marzett said. “To watch them all give 100 percent, knowing it's their last season and even though, again, it's not a winning season, this means a lot to me. This means more than any championship. This is their championship.”

The 1-8 Lumberjacks will take the field for the final time this Saturday at Simon Fraser University in Burnaby, British Columbia. 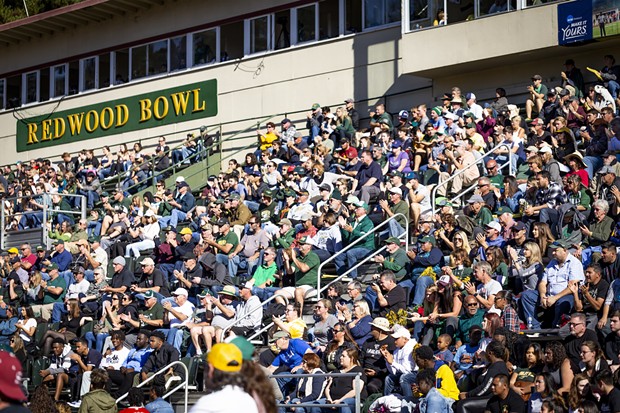 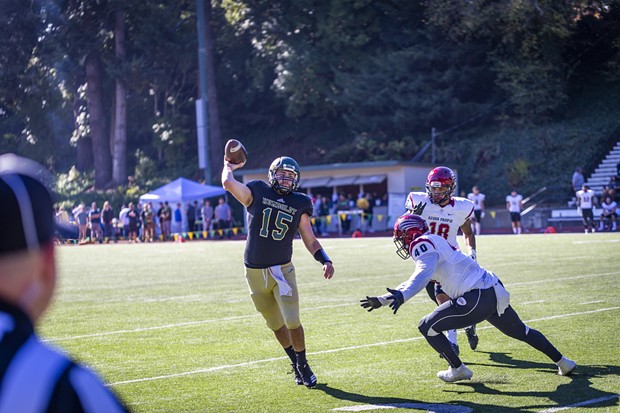 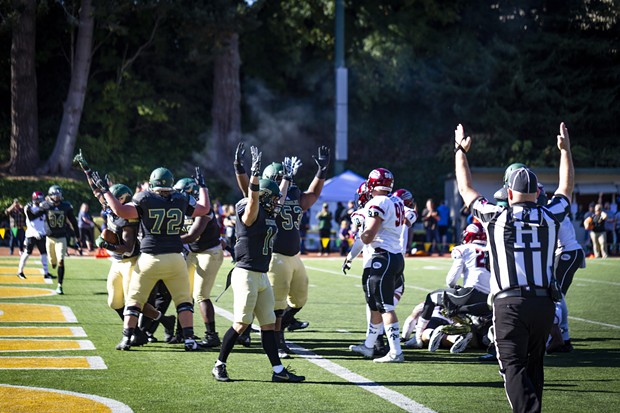 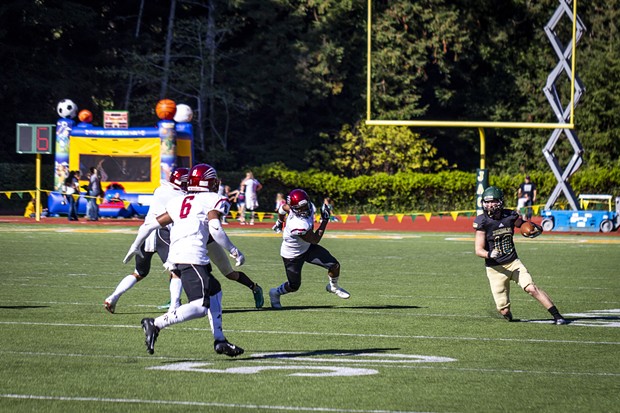 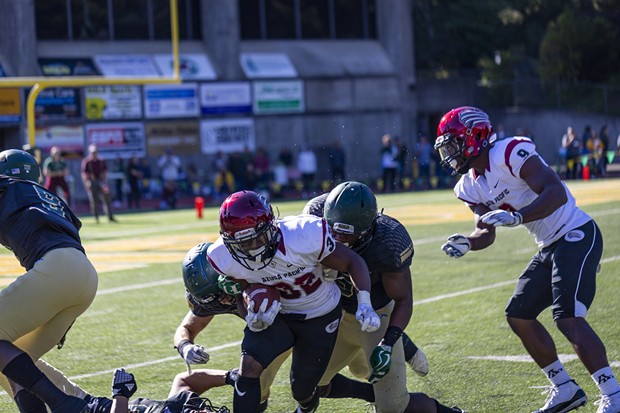 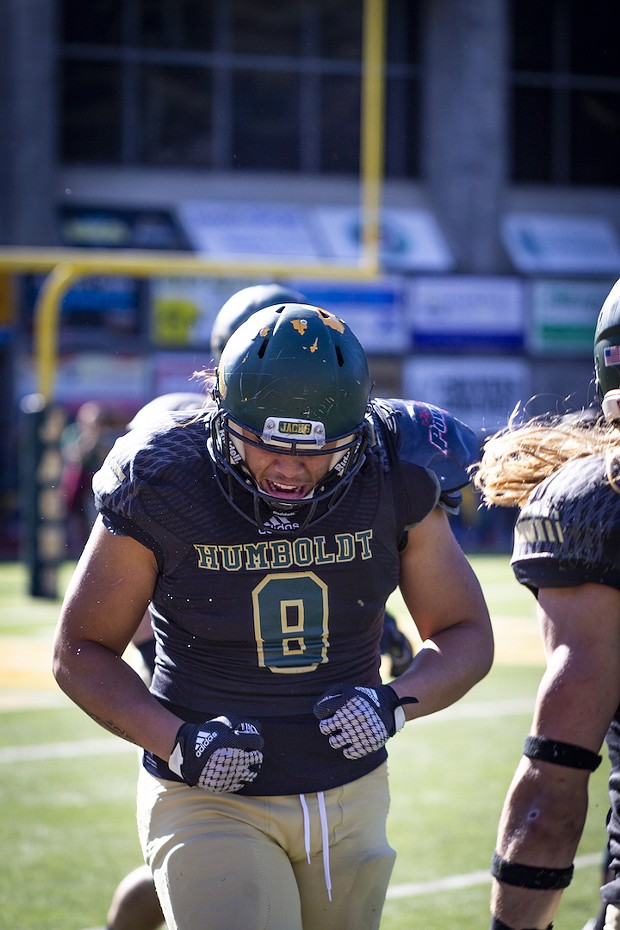 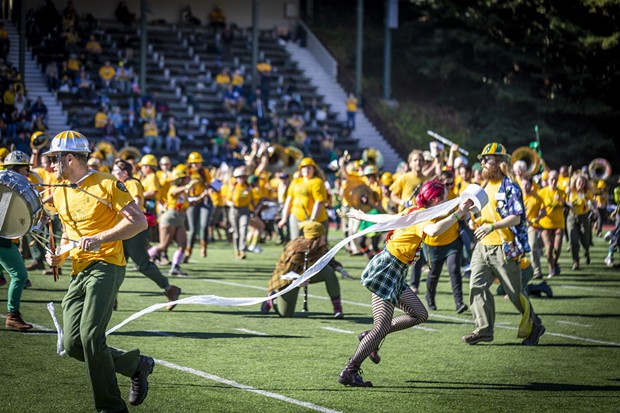 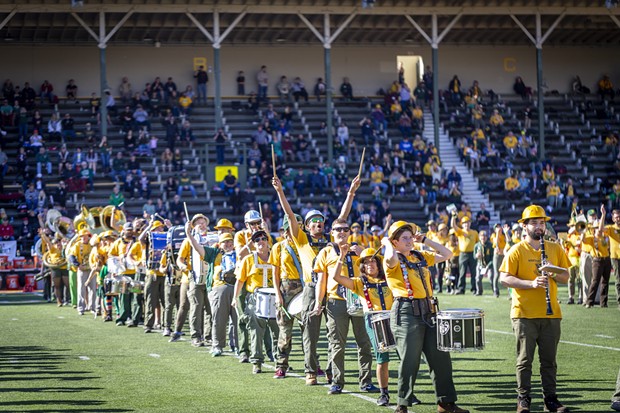 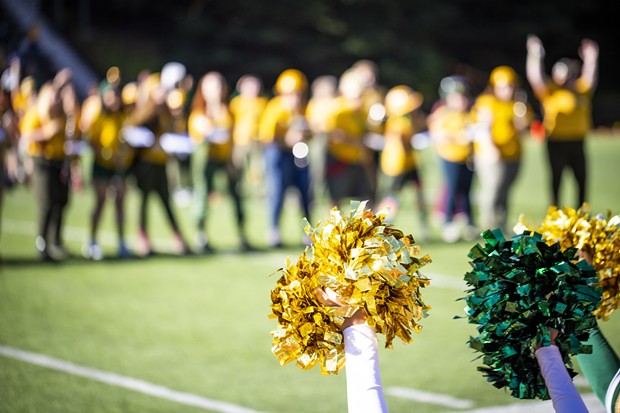 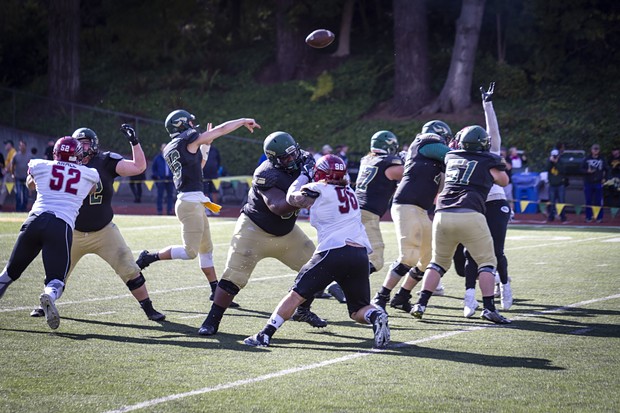 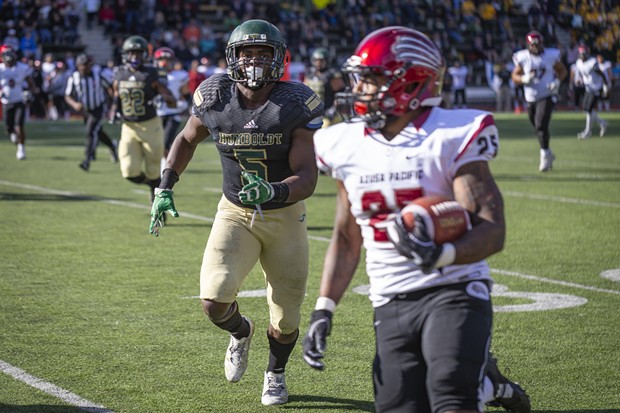