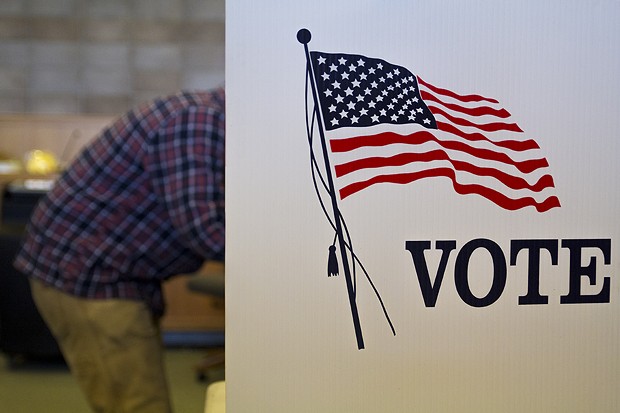 It looks like Humboldt County just saw its biggest midterm election turnout in at least 20 years.

Humboldt County Registrar of Voters Kelly Sanders told the Journal this morning that the elections office has 24,588 ballots on hand that still need to be verified and counted, on top of the 29,610 counted on election night. If all those uncounted ballots — consisting of provisional, conditional and vote by mail ballots — prove valid, that would push the total votes cast in the election to 54,198, an almost 69 percent turnout.

“There was great voter turnout,” Sanders said. “And we could still receive more ballots in the mail today as long as they were postmarked by Election Day.”

Sanders said election staff hasn’t yet begun sorting the uncounted ballots, so it’s unknown how many may be at play in any given local race. (That means that all you folks chomping to crunch the numbers in the Trinidad city council race with four candidates separated by a total of six votes as they vie for three seats will have to wait awhile longer.)

Sanders said she’s a bit stumped as to why so many vote by mail ballots were late arriving, coming in either at the polls or to the elections office, but acknowledged there’s a clear trend that voters are holding onto those ballots longer than they used to.

It’s also unclear why so many provision ballots were cast this year. Voters cast provisional ballots when they are registered to vote by mail but arrive at a polling location, or when they are registered to vote at one polling location but show up at a different one. (This year also saw a spike in conditional ballots cast, but that was to be expected as this year voters were allowed to register through Election Day and cast conditional ballots, which will only be counted after the registration is deemed valid.)

Moving forward, Sanders said voters shouldn’t expect the next round of updated results until Nov. 14. She said her staff will work through the holiday weekend auditing the materials returned from polling locations — essentially making sure all ballots are accounted for — and verifying signatures for the late-arriving vote by mail ballots, getting them out of their envelopes, sorted and ready to scan. There are also state-mandated audits and recounts that take precedent over counting the outstanding ballots. Sanders said she hopes then to get additional post-election updates out Nov. 21 and Nov. 28, with provision and conditional ballots likely only included in the final report.

“We would be delighted to finish by Thanksgiving but I don’t think that will happen,” she said.

Editor's Note: This post has been updated with additional information regarding the number of provision ballots cast in prior elections.