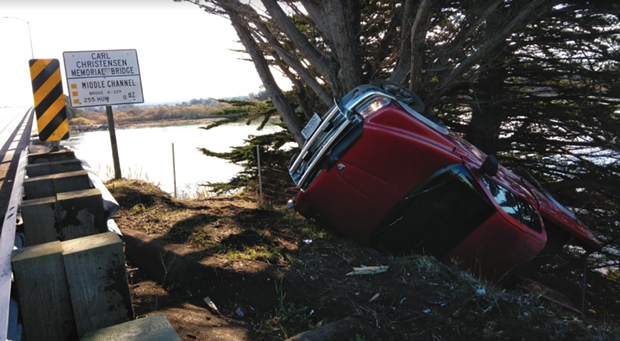 There have been at least three car crashes in the Eureka area in the last hour.

Two vehicles collided at the intersection of Buhne and J Streets about 12:19 p.m., according to the scanner. An ambulance was responding.

There is one way controlled traffic on Buhne. J Street is closed to through traffic.
Meanwhile, two vehicles collided about 12:25 p.m. near the intersection of 14th and B in Eureka, according to a report relayed by the emergency dispatcher.

An ambulance was also responding to that crash, which closed.14th Street between A and B Streets, according to an officer at the scene.

Earlier today, at approximately 11:25 a.m., a Dodge Dakota pickup truck hit a guard rail on the second span of the Samoa Bridge, throwing it over the side and into a tree. Neither of the occupants was injured.