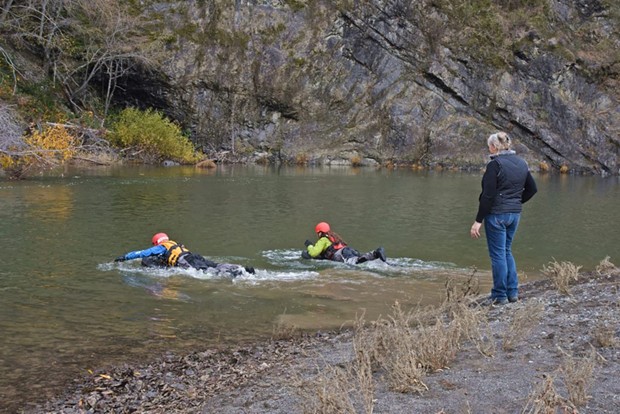 Wildlife photographer and County Line Wild blogger, Talia Rose, discovered a body this morning about 9 a.m. as she was out searching for images of wild creatures to capture.

Talia Rose, who does freelance work for Redheaded Blackbelt, was near the bridge over the Eel River on State Route 271 when she spotted large wild animal tracks in the sand. While gazing around, she saw and photographed what she thought might be the carcass of an animal draped over a downed tree limb in the water across the Eel River.

She posted about her find. Then, she began questioning herself. She eventually showed the photo to a member of Southern Humboldt Tech Rescue. That led to the discovery that this was an adult male body, Talia Rose told us.


The body is unclothed except for sneakers, she said. (The movement of water can tear off clothing from a body immersed in it.)

According to Talia Rose, the body is just inside the Mendocino County line and a coroner’s team is on the way to remove the body from the water and preserve evidence of what may have led to the person’s death.

Editor’s Note: This story first appeared at www.kymkemp.com and is reprinted here with permission.