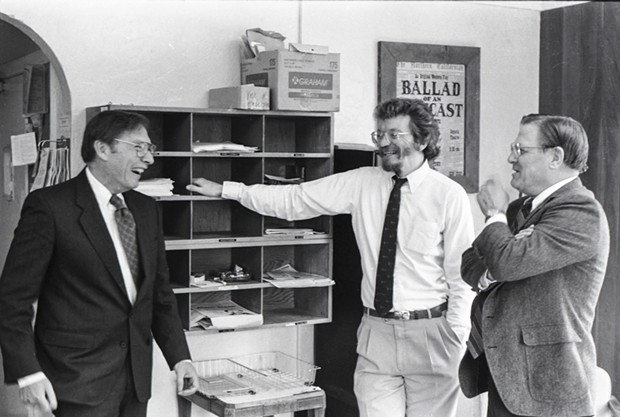 Alann Steen, a former Humboldt State University journalism professor who was catapulted into the international spotlight when he was held hostage in Beirut for nearly five years, has died. He was 79.

Steen, who also earned double master’s degrees at HSU after a six-year stint in the U.S. Marines Corps, which included being briefly deployed outside of Cuba during the Cuban Missile Crisis, was living in Washington state at the time of his death.

According to an obituary by his family, Steen was surrounded by “his girls” who “loved him more than words can express” when he succumbed to cancer after a “short but heroic battle” on Dec. 13.

Steen departed HSU to teach at Chico State University before leaving to become a journalism professor at Beirut University College in 1983. He was kidnapped from the campus Jan. 24, 1987, with three of his colleagues before being released Dec. 3, 1991.

The father of three and grandfather of four was the “eighth longest-held Western hostage freed” in Lebanon at the time of his release, which was the result of “complex negotiations” done by United Nations that also included exchanges of prisoners held by Israel for Israeli servicemen missing in Lebanon, according to a New York Times article.

In a December 1991 interview with the Journal, Steen said he never gave up hope during his captivity. 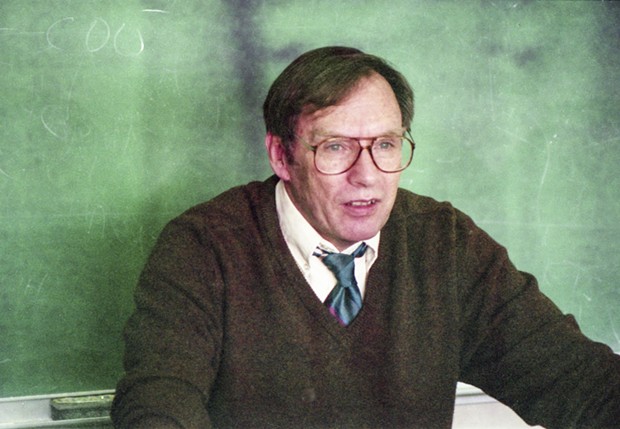 Steen also described harsh conditions, including beatings, one of which occurred after he managed to escape his captors for a brief time by crawling through a bathroom widow during his first year of captivity. He was quickly recaptured on a Beirut street — which he attributed to “bad luck” in the Journal interview — and as punishment he “was pretty well pummeled.”

The injuries he suffered that night left him with “life-long medical consequences,” according to his obituary.

Steen was also a world traveler, making solo kayak trips through Alaska and the Yukon Territory, with experiences like being struck by lightning and coming face-to-face with a grizzly bear generating stories for publications like Outdoor Life.

Steen returned to Humboldt County for the first time following his captivity on March 26, 1992, to present the Hadley Distinguished Lecture in community journalism at HSU.

During the talk, Steen spoke about the beauty of the Lebanese capital set on the shores of the Mediterranean Sea and how he knew there was danger in going to the region but initially set those thoughts aside.

One of his former HSU colleagues described Steen as someone who seemed born for the world of journalism.

“Alann was a natural storyteller and a keen observer of everything around him, and that made him an excellent journalist and teacher,” Mark Larson wrote in a remembrance. “It seemed like every time I saw him, he had a new publishing venture. We shared a love for outdoors adventures, and soon Alann was sharing stories of his trips backpacking and kayaking wild rivers in Alaska."

Steen is survived by his wife, Denise (Morris) Steen and three daughters: Alia, Jackie Scardino and Becky Monday (the latter two with his first wife, Marilyn Steen), all of whom were with him when he died. He was preceded in death by Alia’s mother, Virginia Rose Steen.