Coast Guard Members to Get Paid Despite Shutdown, for Now 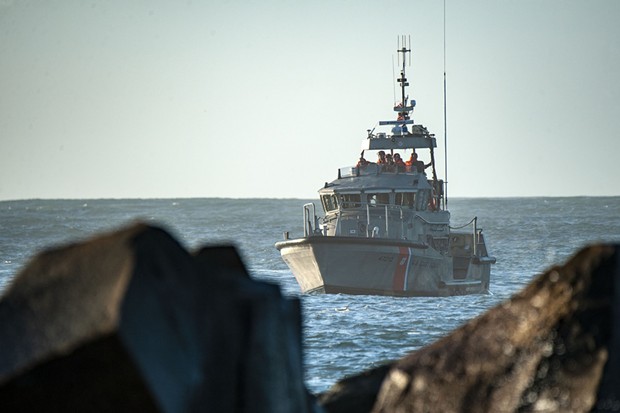 The U.S. Coast Guard has informed its service members — including more than 200 in Humboldt County — that they will receive paychecks as scheduled Dec. 31 after a last-minute deal was reached with the Trump administration and Department of Homeland Security officials to find a way for the Coast Guard to cut paychecks despite the government shutdown.

Vice Commandant Adm. Charles Ray announced the deal in an email to all Coast Guard service members this afternoon but cautioned this is a stop-gap measure and will not extend into January, when it appears, absent an end to the shutdown, Coast Guard members will be working without pay.

Prior to today, Coast Guard officials had counseled members and their families to seek short-term loans and to contact their banks about forbearing mortgage payments and other debt payments.

Today’s news is undoubtedly welcome to the approximately 245 Coast Guard service members stationed at U.S. Coast Guard Sector Humboldt Bay, who had been bracing for the likelihood they wouldn’t receive their first paycheck after Christmas.

The Journal is working to determine how many of the county’s approximately 800 federal employees have been impacted by the shutdown, which began Dec. 21 after the Trump administration and Congress failed to reach agreement on a spending bill due to an impasse over the administration’s demand for $5 billion in funding to erect a wall along the United States’ border with Mexico.

While members of other branches of the military are unaffected by the shutdown as it doesn’t affect the Department of Defense, which was funded through a previous spending measure, the shutdown does impact the Department of Homeland Security, which includes the U.S. Coast Guard and its 42,000 service members. Ray did not specify how officials found the approximately $75 million needed to make Coast Guard payroll for the period.

In the letter, Ray makes clear U.S. Coast Guard service members will not receive checks for their next pay period on Jan. 15 unless the shutdown is brought to an end or another legislative solution is found.

The median American household has $11,700 in savings, according to a survey from the personal finance site MagnifyMoney, which also found that the median savings for the bottom 40-percent of American households by income is $0. A report last year from CareerBuilder.com, meanwhile, found that 78 percent of full-time workers across the nation report living paycheck to paycheck.

If you are a federal worker in Humboldt County impacted by the shutdown, the Journal would like to speak to you. Please contact us at editor@northcoastjournal.com or 442-1400, extension 321.