Eureka Women's March Back on for Jan. 19, with New Organizers 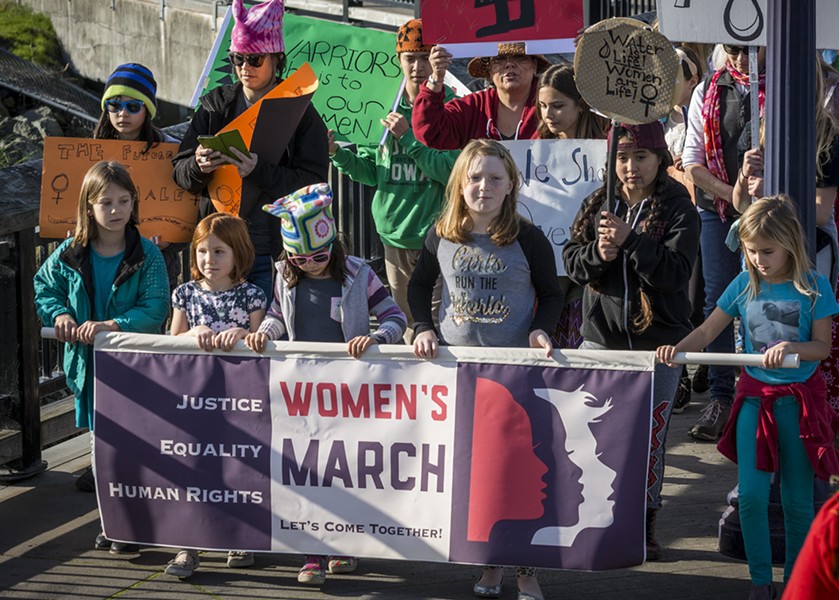 As a catalyst for change, Women’s Marches across the nation provided a stepping stone that helped propel women’s issues to a forefront these last two years. But, this year’s march in Eureka was cancelled December 28 after organizers released a statement saying their committee was “overwhelmingly white” and needed more diversity.

This brought national attention with a variety of media outlets ranging from Breitbart to Ebony covering the story.

But, the Women’s March is now back on for January 19 with speeches beginning at noon at the Madaket Plaza. Linda Atkins, former Eureka City Council member decided yesterday to apply for a permit and have the third Annual Women’s March in spite of the earlier cancellation.

“I was so excited when I went to the march last year and saw all the different people,” she told us in a phone interview this afternoon. “I liked the march part because I got to talk to people I didn’t know. It was very uplifting. People from all different parts of the community…I was upset when it was cancelled…I called a couple of friends and asked if they were willing to help.”

They were and Atkins applied to the City of Eureka for a permit.


“The City is working with me to make it all happen,” she said. “They’ve been really good…I think we can pull it off…[But] we only have two weeks.”

Atkins explained that she is calling around trying to get speakers from a diverse a group of communities within the area. “We will have a small rally to get you inspired and then we’ll march,” she told us.

Although efforts to reach an organizer that was part of the earlier decision to cancel the event were unsuccessful by the time we published, that group did post December 31 on Facebook in response to their controversial decision that they chose not to hold the event because “[w]e failed to have the type of collaboration needed to be inclusive of some of the most underrepresented voices in our community, namely, women of color and people who are gender non-conforming.”

The post went on to quote the President of the Eureka NAACP Chapter, Sharrone Blanck  as saying, “I think it was a great decision to postpone the march because it did not reflect the community the way the organizers see the community. They want to do it right. That means the organizers want to build relationships with the larger community of women so that the march actually reflects the diversity of experiences of women in Humboldt County. The organizers checked themselves. They want to do it right, not just have a march.”

A story about the cancellation in the Los Angeles Times yesterday quotes Robyn Moreno, a support of the Justice for Josiah movement, as saying she boycotted the last two marches. Moreno told them, ““I am angered when I see thousands coming together to protect their rights but don’t make any effort to listen to people of color when they are telling them that the march is exclusive and not representative of people of color or the LGBTQ community…Nor do they show up any other day of the year to fight for the rampant racism within our community.”

Linda Atkins though felt that the Women’s March still needed to occur. “It shows that there are a lot of women out there willing to work together to build a better community, a better world, and show we won’t be ignored,” Atkins said. “I hope we can…look towards our power as women and march together towards our future.”

With thousands of participants over the last two years pouring into Eureka to march side by side to start political and social change, January’s Women’s March, in spite of its late start, could still be quite large by this area’s standards. Atkins said the march will need everything from monitors to walk with the marchers to trash collectors to pick up afterwards.

If anyone would like to help in any capacity, they can contact Atkins at her email: lindaatkins61@gmail.com.

Last year’s organizers did not respond for comment before this story was posted. We’ll update when we get a response.

This story first appeared on www.kymkemp.com and is reposted here with permission.