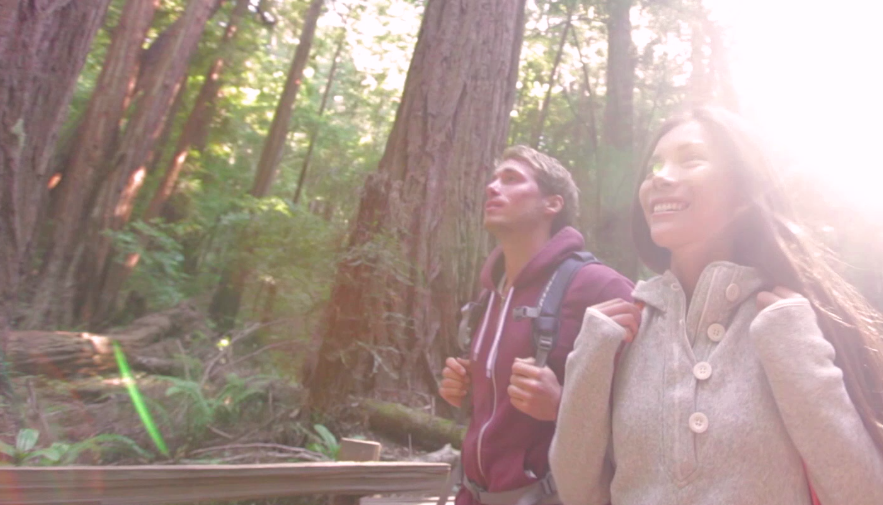 In the wake of the death of Tony Smithers, the Eureka City Council today pulled an agenda item scheduled for Tuesday’s meeting to consider withdrawing its $370,000 contribution to the Eureka-Humboldt Visitors Bureau.

The city of Eureka is considering drastically changing its approach to attracting tourists — and their dollars — to the city.

For decades, the city has contracted with the Eureka Humboldt Visitors Bureau — formerly the Humboldt County Convention and Visitor Bureau — to market and promote the city, giving it a portion of its transient occupancy tax that currently equals about $370,000 in annual funding. The bureau’s long-standing approach has been to largely focus marketing and promoting the redwoods, a global draw, counting on the trees to bring tourists to the area, where they then stay in local hotels, eat at local restaurants and — hopefully — extend their stay by a day or two.

But city staff is now urging the council to instead focus on rebranding Eureka as a destination unto itself, and marketing the city accordingly.

“There is no question that it is time for Eureka to invest more specifically, directly and tactically into the marketing and branding of Eureka,” a staff report for Tuesday’s city council meeting states. “Staff proposes that Eureka deliberately and strategically shift its funding and destination marketing efforts towards a marketing strategy that concentrates specifically on Eureka while simultaneously expanding the target audience to include local/regional residents and the local business community. This is based on a well-recognized need to help many local and regional residents revitalize their image of Eureka. It is difficult to sell Eureka as a destination if residents of Eureka and neighboring communities hold negative impressions of the city. … A primary mission of the city’s new strategy is to promote the city of Eureka not only as a desirable destination to visit but also an amazing place to live, work and run a business.

“Therefore," the staff report continues, “as a part of the process of focusing our destination marketing efforts more specifically on Eureka, the city’s new approach will also include the task of thoroughly re-inventing the ‘Eureka brand’ and how the city represents its identity and image (internally and externally). Eureka, unlike many places, actually has a story. A true, authentic story. This is perhaps our greatest attribute. Mining this story and discovering the layers in the past, then penning the future tales will be the essence of the city’s new approach.”

Staff is recommending the city put out a request for proposals for “comprehensive marketing services” to be funded with the $370,000 currently allocated to the bureau. The report makes clear that — if the plan is given council approval — the bureau would be welcome to submit a proposal, but that any relationship that extends beyond the expiration of its current contract in June would include “very different contract requirements” than are currently in place.

If the city chooses to go another route for marketing services, that would pose a devastating blow the bureau, as the city is currently its largest funder, accounting for 43 percent of the bureau’s annual budget. (The county of Humboldt contributes $350,000 annually and the only other city to contribute is Ferndale, which funds the bureau to the tune of $3,000 annually. The bureau also receives membership dues from a host of local businesses, which then also benefit from its marketing services.)

Bureau Executive Director Tony Smithers sent out a call to arms to “valued Eureka tourism partner(s)” this week, saying the “future of the bureau and tourism in Eureka are at stake.” The email argues that the bureau has “delivered the goods for the city for decades,” noting that the tourism economy in Eureka has grown to roughly $200 million annually.

“Unless dedicated members like you turn out Tuesday night, the bureau, our partnership with more than 100 Eureka hospitality business like yours, and our decades of quality performance, could come to an abrupt end,” Smithers wrote. “Please join us there. Please urge your co-workers, staff, friends and families to come too. That goes for anyone who works or lives in Eureka. Let your voice be heard. Tell the city council that the Eureka-Humboldt Visitors Bureau is a key partner in making the city prosper, and that you would like to keep tourism in Eureka. Plus we can hand out cool t-shirts to wear too. : ).”

City staff has clearly drawn its line in the sand. Unless directed otherwise Tuesday night, staff is prepared to release the request for proposals Wednesday.

Is the city better off betting on itself, taking a more insular approach to marketing and promotion, figuring folks will continue coming to the redwoods and staying in Eureka hotels regardless of how much the trees are marketed? Or would it be foolish for the city to back away from the heavy marketing of what is obviously the North Coast’s prime attraction? Could a rebranding of the city, complete with a healthy budget, change the perception of Eureka, making it a more attractive place for people to visit, live and start businesses, generating reverberating economic impacts? These are just a few of the very big questions the council will grapple with Tuesday while deciding how to spend $370,000 in public funds.

Check out the full staff report here and find Smithers’ email copied below. The council meets at 6 p.m. Tuesday at city hall, 531 K St. The meeting can also be live streamed through the city’s website here.

The future of the Bureau and tourism in Eureka are at stake. We've delivered the goods for the city for decades, with record tourism spending and bed tax growth that surpasses all of our competitors.

Come Tuesday night, the new city council is considering an RFP that, according to a city memo, would end tourism marketing as we know it. In short, it wants to use the bed tax generated by the lodging industry in Eureka to market non-tourism marketing efforts in the city, and reach out to local people for day trips, rather than reach out to people in the Bay Area for overnight stays, our primary market.

Needless to say, we think this novel approach could have a negative effect on the roughly $200 million tourism economy in Eureka, which the Bureau has proudly and effectively supported and nurtured.

Unless dedicated members like you turn out Tuesday night, the Bureau, our partnership with more than one hundred Eureka hospitality businesses like yours, and our decades of quality performance could come to an abrupt end.

Please join us there. Please urge your co-workers, staff, friends and families to come too. That goes for anyone who works or lives in Eureka. Let your voice be heard. Tell the city council that the Eureka-Humboldt Visitors Bureau is a key partner in making the city prosper, and that you would like to keep tourism in Eureka. Plus we can hand out cool t-shirts to wear too. : )

More details will follow in the coming days. If you have any questions over the weekend, please contact me or my colleague Richard Stenger at 707-497-8134 or richard@visitredwoods.com.