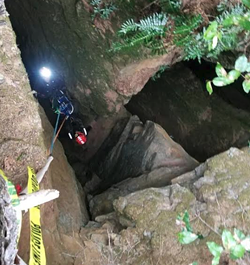 The effort to recover the body of a 33-year-old Arcata woman who went missing Sunday night near Wedding Rock in Patrick’s Point State Park took most of Monday and included dozens of people.

“Ground search crews and a U.S. Coast Guard helicopter began searching for the hiker again on January 14 at 8 a.m.,” the Humboldt County Sheriff’s Office stated in a press release Monday.

Multiple agencies and volunteer organizations struggled in grueling conditions to recover the woman whose body was located about 220 feet down in the bottom of a crevice east of Wedding Rock.

The first night of the search had to be put on hold due to “treacherous terrain, dangerous conditions and darkness,” the Humboldt County Sheriff’s Office explained. Late the next morning, the searchers found the woman’s body.
But then it needed to be gently hauled up a narrow crevice.

“It went as smooth as we could possibly hope getting her out before dark,” Kai Ostrow of the Southern Humboldt County Technical Rescue said about the recovery.

The recovery began Sunday night when searchers with Eel Valley Technical Rescue, State Parks and Cal Fire were able to locate two possible spots where the woman might have fallen, he said. The person who was with the hiker when she was lost was able to help them narrow down the search area. But, because of the conditions, they needed to wait for daylight to continue the search.

“They absolutely made the right choice in holding off,” said Ostrow. “Even in daylight, it was sketchy out there.”

On Monday morning, Southern Humboldt Tech Rescue arrived on the scene about 9:45 a.m. They were assigned to search one of the crevices. “We were crawling through huckleberry [bushes to find her],” Ostrow said.

He explained that the area off trail near Wedding Rock had many dangerous areas in it, including several crevices that could easily swallow an unwary hiker. When they got to the fissure they were assigned to explore, they found it was very deep and narrow. “It was a tight crevice in there,” Ostrow explained. “There was a lot of different ways to fall into it … It took a while to get the [rope] system rigged up.” 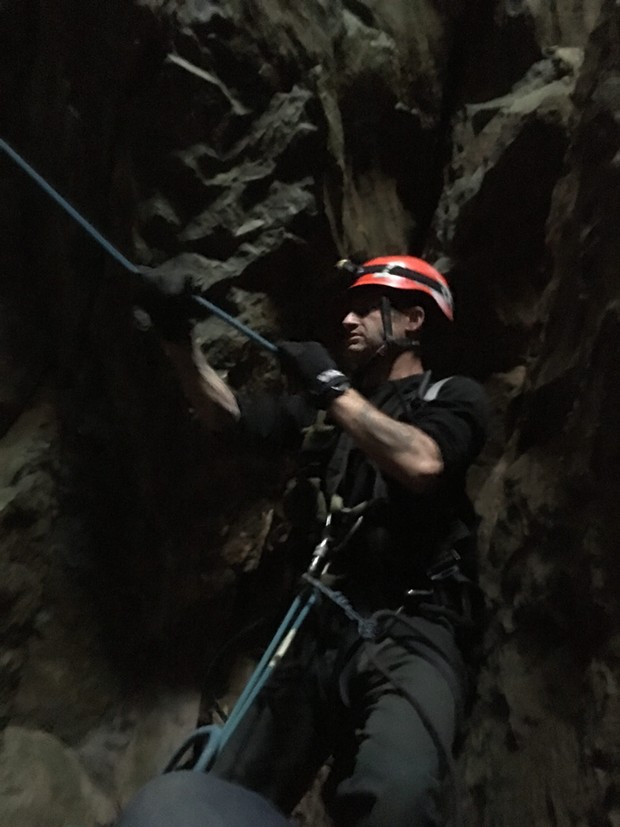 When the team reached the bottom, they located the woman’s body. However, the crew ran into difficulties. “We couldn’t even have radio contact being down underground like that,” Ostrow explained.
They eventually had to stabilize one of the crew members part way down. That person could get radio reception and relay messages to the crew at the bottom.

The team carefully raised the woman’s body to the surface.

Once they got to the top, they needed to get the woman to the Humboldt County Coroner’s Office van through thick brush. An inmate crew chainsawed through enough of it to allow the team to carry the woman out.

“We didn’t want to leave trails,” Ostrow said. But, they needed to be able to walk rather than crawl out. “We used [the inmates] selectively,” he said. “They cleared our exit to help get her out.”

Editor's note: This report first appeared on kymkemp.com and is reprinted here with permission.