Homes are flooded, furniture damaged, one door was broken, debris, water and mud are strewn throughout the homes. 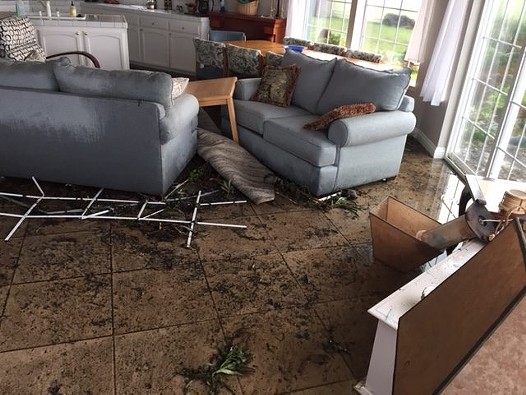 And the waves continue to surge.

“We had to put life jackets on to walk around [to access damage],” Anthony explained. “We have never seen waves like this before. One came over the whole deck we were standing on. We had to run.”

The power and propane to the damaged homes have been turned off after a hole in one wall began to smoke and propane tanks were found dislodged from their mountings.

“Windows and glass doors were broken out,” Antony said. “Water is 4 inches deep in some homes.”

Blue Star gas and the power company have responded to the area and the owners are being contacted. Shelter Cove Fire is using plywood to cover the windows (both broken and unbroken) of the damaged homes. “It is supposed to hit again tomorrow morning,” Antony said. 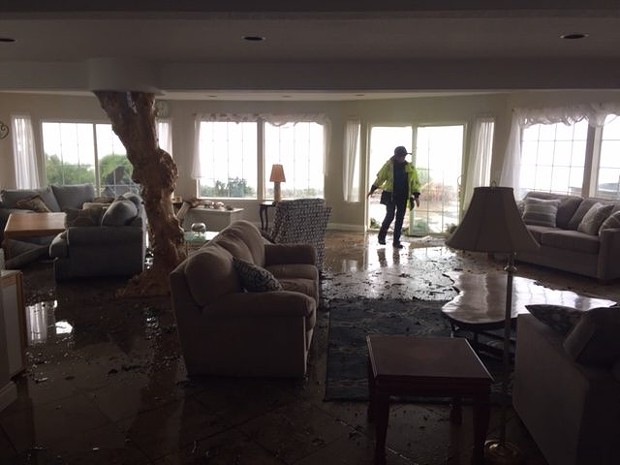 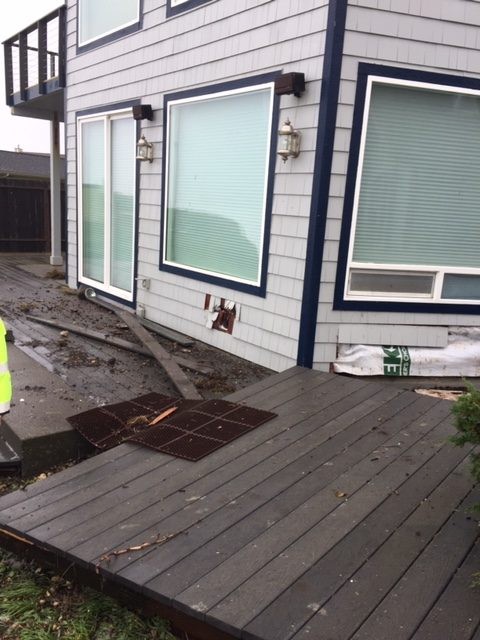 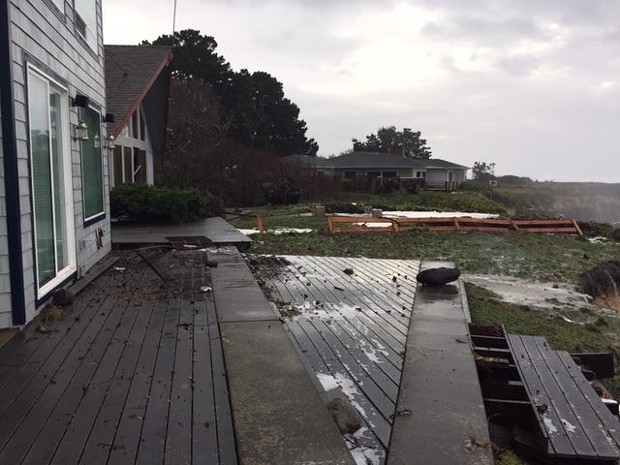 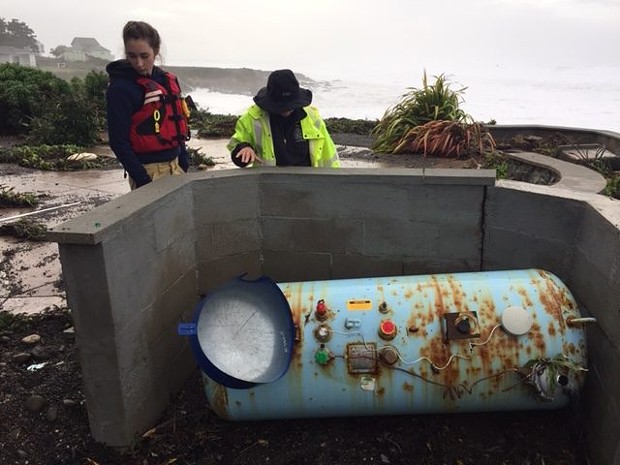