Steps Made to Protect the Klamath Spring Run Chinook 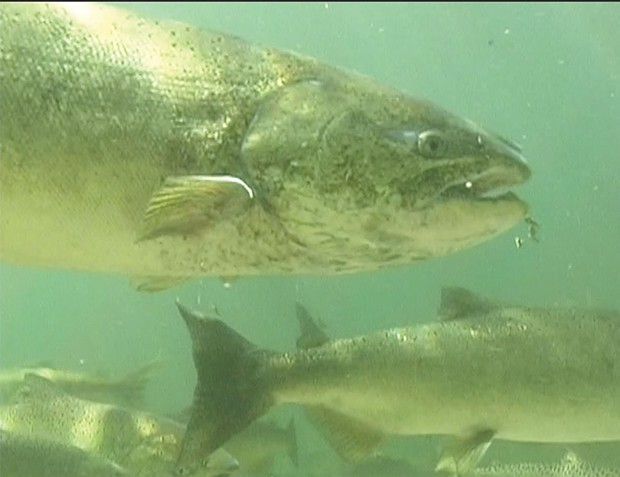 A first step in protecting Klamath–Trinity spring run Chinook as a separate species took place this week with the California Fish and Game Commission making the fish a candidate for an endangered species listing in the state.

According to a release from the Karuk Tribe and the Salmon River Restoration Council, a final decision will be made within one year but, in the meantime, the so-called springers will “be afforded all the protections of a listed species.”

That includes fishing restrictions but the release notes that the tribe and the council want to work with fishermen and the agency for “common sense” regulations.

"There is a population of hatchery born spring Chinook on the Trinity River that can and should be fished," Karuk Tribe Executive Director Joshua Saxon said in the release.

With spring run teetering on the brink of extinction, the tribe and SRRC have pushed for a state and federal listing, finally backed with DNA evidence that shows the fall and spring Chinook runs are genetically different.

Aiding in the research done by University of California at Davis scientists was a cache of old fish bones — some dating back 5,000 years — found in a cave nestled in the Upper Klamath Basin.

While the spring run Chinook once made their way into those cool, deep waters in the far-flung reaches of the basin, the fish are now blocked by a series of dams, which are slated for removal in the largest project of its kind —  with work slated to begin in 2020.

Meanwhile, the hope is the springers can hang on until the walls come down.

To learn more about the scientific breakthrough that helped prove what the Karuk and other Native American tribes that have lived in the Klamath basin for millennia have long known — that springers and fall run Chinook are not the same — read the Journal’s Aug. 16, 2017, story “One Fish, Two Fish.”

"These fish have been on the brink of extinction for years," Saxon said, "but no one believed us when we said they were a distinct species from fall Chinook until now."

Read the full release from the Karuk Tribe and SRRC below: