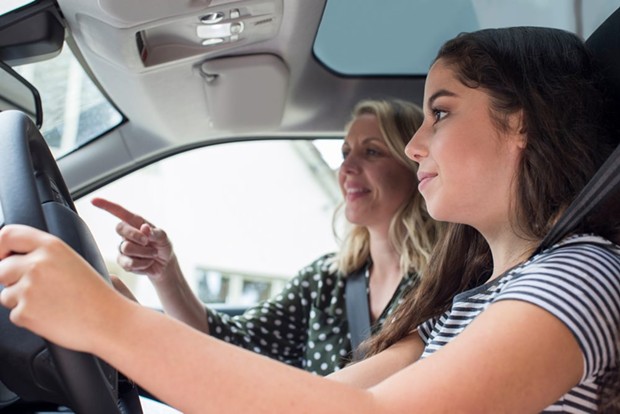 In a little-noticed side impact of California’s 2018 law granting drivers the option of listing their gender as nonbinary, California’s Department of Insurance has decreed that auto insurance companies can no longer grant breaks in insurance rates to teen drivers who are female or charge young men more.

Outgoing Insurance Commissioner Dave Jones, in one of his final acts in office, issued a regulation last month prohibiting the use of gender in automobile insurance rating, similar to regulations in six other states.

Jones’ replacement, Insurance Commissioner Ricardo Lara, supports that policy, saying in a statement: “Gender, race, ethnicity or sexual orientation are beyond your control, and it is not a fair or even an effective way to predict risk.”

Jones’ regulatory action received coverage in The New York Times and elsewhere. But the genesis of Jones’ decision received far less attention—and had nothing to do with car insurance.

It was, at least in part, legislation by Senate President Pro Tem Toni Atkins granting motorists the option of listing their gender as male, female or nonbinary. As the bill wended its way through the Legislature, Atkins and other backers said it would be a blow for equality.

“Mindful of all the people I know who are gender-nonconforming, and the families I know with transgender children, I wanted to make sure that California continued to be a leader in gender-identity equality,” Atkins said after Gov. Jerry Brown signed it into law in October.

Lobbyists for insurance companies had been neutral on the bill, having received assurances that it would have no impact on auto insurance rates.

Rex Frazier, president of the Personal Insurance Federation of California, which represents several major auto insurance companies, said insurers were blindsided by Jones’ justification for the regulation, pointing out that none of the 10 legislative analyses of the Atkins bill made any mention of the bill’s impact on insurance rates.

Frazier said the gender of teen drivers can result in an additional cost for boys or discount for girls of about 6 percent on their premiums. Drivers who list their gender as nonbinary probably would have been given a lower cost than boys, he said, though under the new rule, gender cannot be taken into account.

In a separate letter to the Insurance Department, the American Insurance Association, an insurance trade group, wrote: “Senate Bill 179 was designed to reduce barriers to existing name and gender change procedures. The bill was never intended, nor was it drafted, to affect established and demonstrated insurance rating factors such as gender.”

In the rule-making process, Jones responded to the insurance groups by stating that “the Legislature may not have specifically intended to eliminate gender-based insurance rating” but that Atkins’ legislation had “relevance as a statement of California’s values around the role of gender in society.”

In an interview Tuesday, Jones said the “the real driver for the change was that there was really no consistency with regard to how insurers were using gender as a rating factor.” Additionally, he said, gender is “not a characteristic that is within your control.”

Atkins said in a statement Tuesday that her bill did not address the insurance, but she supports “efforts to ensure that all genders are treated equally.”

“However, it’s imperative that these changes be made thoughtfully and with strong input from Californians,” Atkins statement said.

The advocacy group Consumer Watchdog long had advocated for the change, saying in a statement after Jones acted: “Gender and sex have no more place in what we pay for auto insurance than race or ethnicity do. These new rules will finally end gender-based discrimination in auto insurance pricing in California.”

Insurance companies must submit gender-neutral pricing policies to the Insurance Department by July 1. The new pricing would take effect after that.

Frazier has called on the Department of Insurance to at least permit insurance companies to take into account drivers’ age, and certain safety features of newer cars in setting rates. Decisions on those requests are pending.