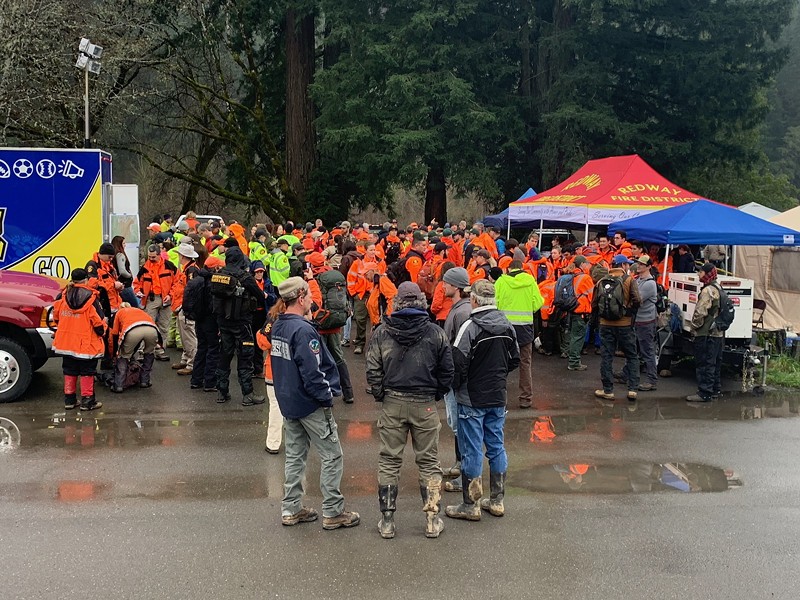 Officials coordinating the search for two young sisters who have been missing south of Benbow since Friday afternoon are preparing for another massive push today, with search and rescue personnel and equipment coming in from all over Northern California.

According to a reporter at the scene, the turnout of search and rescue personnel is much larger than yesterday morning, with crews from as far as Alameda County on site this morning.

At least a dozen agencies participated in yesterday's search efforts for Leia and Caroline Carrico, 8 and 5, respectively, who are believed to have wandered off into a deeply wooded area of forest adjacent to their house on the 3300 block of Twin Trees Road between 2:30 and 3 p.m. Friday. The girls' mother, Misty Carrico, reported that they had asked to go for a walk and she'd told them she wasn't ready yet, only to find them gone about 30 minutes later. (Read the full  descriptions of the girls here.)


Family and neighbors searched throughout the afternoon, finally calling the Humboldt County Technical Rescue Team and the Humboldt County Sheriff's Office around 6 p.m. Friday. Both agencies quickly launched a search effort that continued through the night and into Saturday morning, when they were joined by an onslaught of additional resources and personnel.

At least 10 teams searched the area throughout the day yesterday, with the help of National Guard satellite technology designed to guide the teams' movements. The teams found a few signs of a hope — some granola bar wrappers matching the type kept in the girls' home and some small bootprints believed to have been theirs — but nothing more substantive. 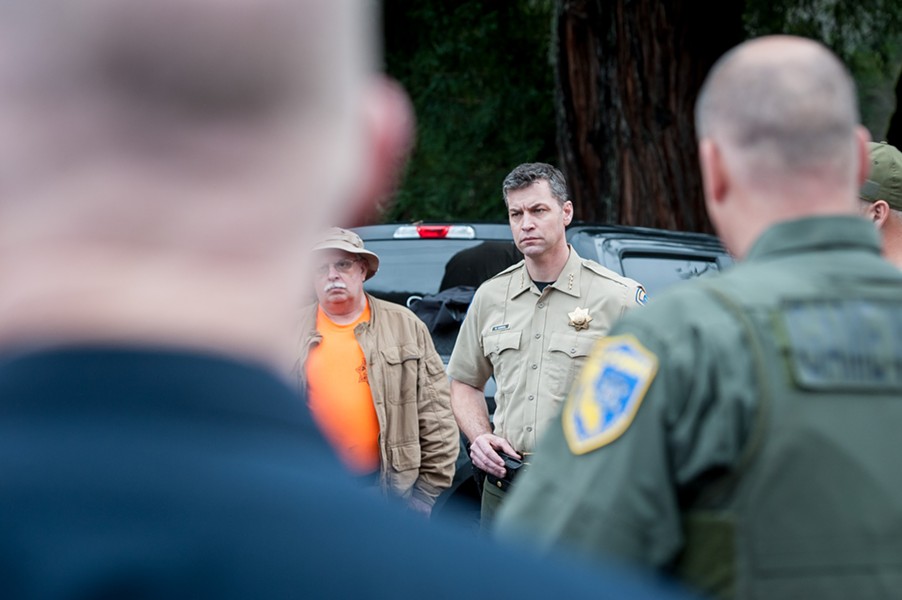 Humboldt County Sheriff William Honsal said there are absolutely no signs of foul play but his office, as a precaution, has its criminal investigations unit on scene, is searching houses in the area and "everyone coming off the mountain."

Scattered showers are in the forecast for the area today, with a high of around 56 degrees, according to the National Weather Service. Temperatures dipped to about 50 degrees last night, with some drizzly conditions. Friday night saw lows around 45 degrees with periods of heavier rain.

Officials have repeatedly requested that the public not "self-deploy" to the search area, noting that it could inadvertently hamper officials efforts. But they are asking anyone with information about Leia and Caroline to call a tip line set up for the purpose (707) 441-5000.

Slideshow The Search for Leia and Caroline 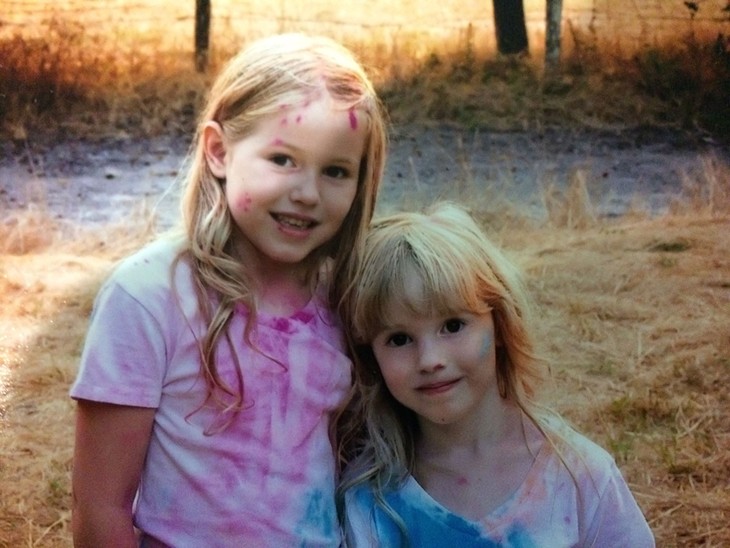 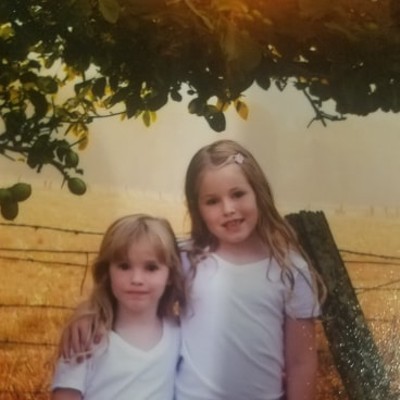 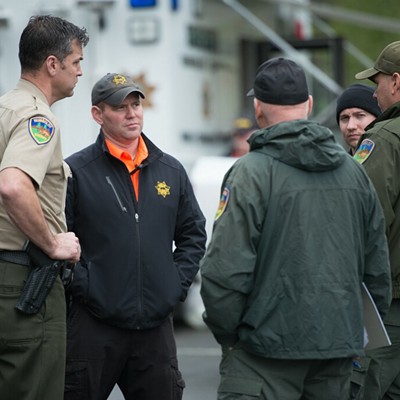 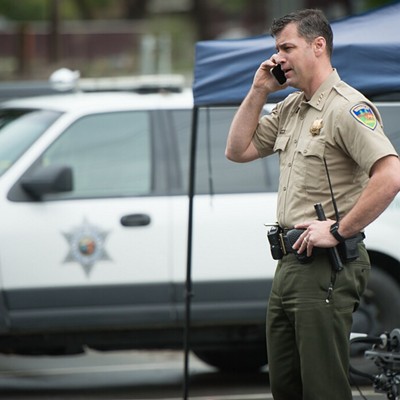 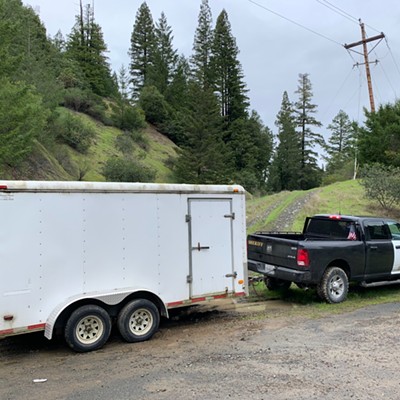 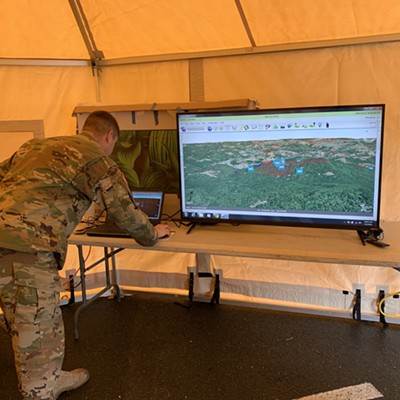 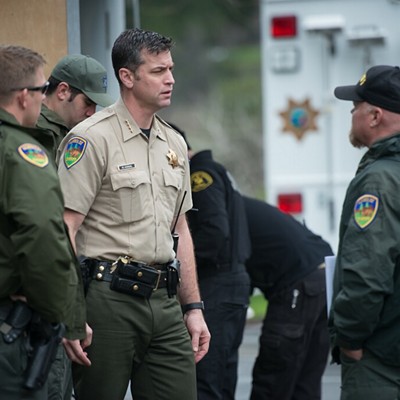 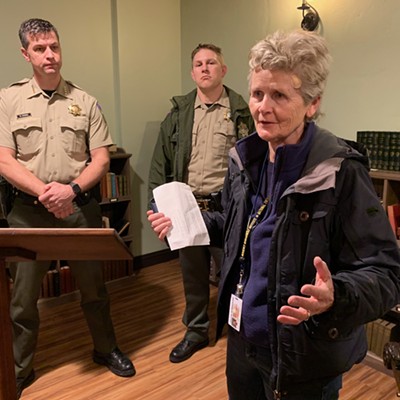 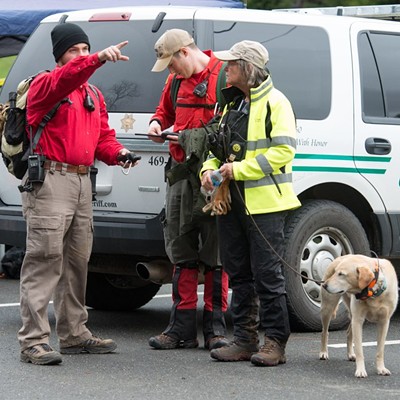 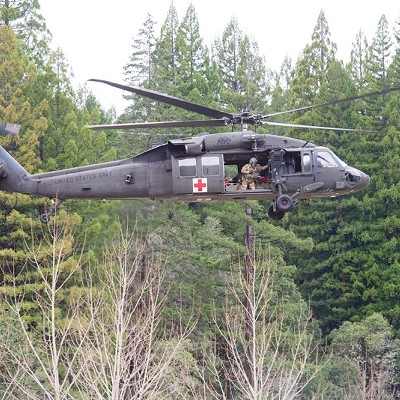