by Thadeus Greenson and Kym Kemp 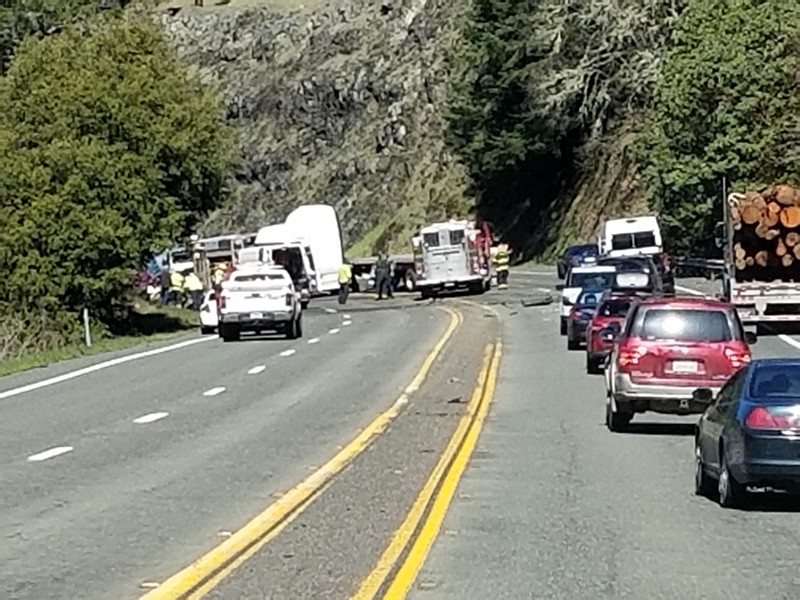 UPDATE:
U.S. Highway 101 is now open to one-way controlled traffic in both directions north of Willits after a fatal crash this afternoon.

PREVIOUSLY:
U.S. Highway 101 is closed in both directions between Willits and Laytonville, after a fatal, head-on collision shortly after noon today.

According to California Highway Patrol Officer Jason Taylor, a black sedan crossed over the yellow lines near mile marker 55.75 by Outlet Creek and collided with a big rig. Taylor said the driver of the sedan is deceased and at least one of his juvenile passengers sustained major injuries.

The Mendocino County Sheriff's Office is urging motorists to avoid the area and take alternate travel routes, if possible. There is currently no estimated time for the highway to reopen.