County Counsel Files Claim After Being Placed on Paid Leave 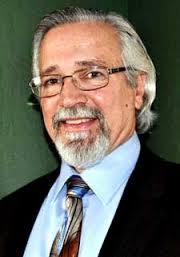 The county of Humboldt’s lead attorney Jeffrey Blanck filed a claim for damages this week alleging the board of supervisors placed him on paid administrative leave after he raised concerns about an outside law firm’s contract and then violated open meeting law by not reporting the board's action out of closed session.

Video of the meeting shows Blanck reading off the closed session agenda, including the item referring to him — the “evaluation of performance of a public employee and to hear complaints or charges brought against the employee by another person or employee” — before the supervisors retreated out of the main chambers.

When the board returns to open session, Blanck is absent and Deputy County Counsel Jefferson Billingsley has taken his place at the dais, where he states for the record that “there’s no reportable action on today’s closed session.”

“The county has received Mr. Blanck's claim and, as with all claims we receive, we will investigate this issue in order to determine the most appropriate next steps,” county spokesman Sean Quincey wrote in an email to the Journal. "We take these matters very seriously. As such, and in order to preserve the integrity of the investigation, the county will not be commenting publicly about this issue.”

According to the Blanck’s claim, the county’s human resources director and a partner at the outside firm Liebert, Cassidy and Whitmore, stymied his attempts to directly monitor legal costs in accordance with his duties and address what he considered to be an “invalid contract and the more than two-fold increase in attorney’ fees being charged the County of Humboldt.”

Payments to the Liebert, Cassidy and Whitmore went from $137,000 in calendar year 2016 to $201,000 in 2017 and $353,000 in 2018, the claim states, amounts  Blanck reported tracking down by researching public records. He also came to believe the firm’s retainer agreement with the county was not properly executed because it had not been signed by the board back in 2008, according to the claim.

Numbers provided by the county show the firm was paid $140,076 in fiscal year 2016-17, $265,127 in fiscal year 2017-18 and $319,291 in fiscal year 2018-19. Quincey notes those amounts include “services provided to 21 different budget units, or programs, including the Sheriff's Office Operations, Jail, Public Authority, Social Services, Mental Health, the Risk Management Liability Fund and more.”

The claim states Blanck had placed an item to discuss his concerns about the county’s contract with the firm on the March 12 closed session agenda but on the Friday before the meeting by First District Supervisor and board Chair Rex Bohn told Blanck that the item had been pulled on advice of counsel because two complaints had been filed against him.

Blanck had wanted the supervisors to "clarify that County Counsel was to oversee all outside counsel," according to the claim.

The claim also states that County Administrative Officer Amy Nielsen provided Blanck with a “Notice of Complaint that specific charges had been filed against him” March 14 and told him he could have the matter heard in public but she had been advised not to provide more information on the exact nature of the complaints.

“The actions taken by my client were clearly as that of a 'whistleblower' regarding the misuses of county funds by county personnel and an outside third party,” his attorney Cyndy Day-Wilson wrote in the April 4 claim sent to the county.

“As a result of the actions taken by the Board of Supervisors and County personnel, Mr. Blanck has suffered damages, including intentional and negligent infliction of emotional distress in an amount to be determined,” she concludes before signing off with, “I look forward to hearing from you.”


Day-Wilson is Eureka’s former city attorney, whose “mutual parting” with the municipality was announced last June after the city council called a special closed session meeting to discuss the potential firing or discipline of an employee.

Blanck’s claim states that he was prevented from attending the March 19 closed session meeting to hear the complaints that had been levied against him and the attorney he believes was advising the county on his personnel issue had a conflict of interest because she was a partner in the firm that he was raising concerns about.

The claim also alleges the county violated the Brown Act in handling the agenda item by not including his title in the listing (which was done for other county directors on next week’s agendas) and by not reporting out the board's decision to place him on leave.

State regulations on the meetings of public agencies, commonly known as the Brown Act, require that any “action taken to appoint, employ, dismiss, accept the resignation of, or otherwise affect the employment status of a public employee” is required to be reported out during the public meeting where the decision took place and include the “title of the position.”

Blanck — who was hired as county counsel four years ago — made similar allegations against former employer in ultimately unsuccessful lawsuit.
Back in 2004, he sued the Washoe County School District, alleging he was fired from his job as general counsel after raising concerns about how district funds were spent and “inappropriate attempts to retain outside counsel without proper authority.”

According to news reports at the time, Blanck claimed he lost his job after questioning two donations the district made to the United Way — which were approved by the school board — and then filing a criminal complaint with the Washoe County Sheriff’s Office.

An Associated Press story states the district attorney found no crime had been committed.

While it’s unclear if the board of supervisors knew about the lawsuit at the time of Blanck’s hiring, his tenure with the school district was mention in a county release announcing he had been hired as county counsel in 2015.

The claim filed against the county of Humboldt does not specify the amount of damages Blanck is seeking, stating it is “without limitation.”