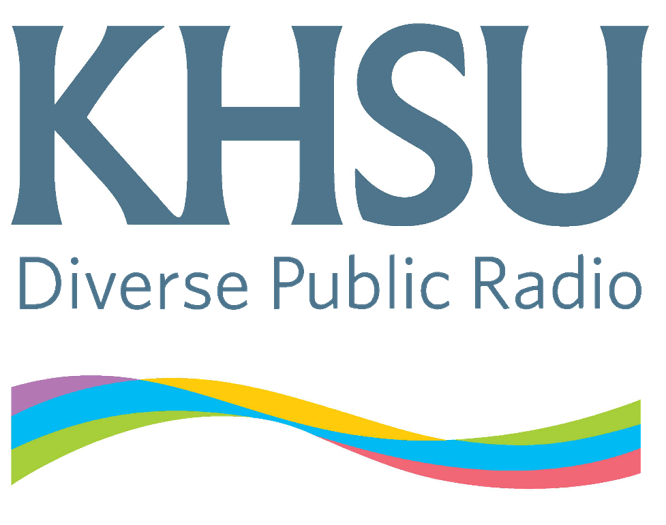 KHSU’s Morning Host Natalya Estrada submitted her resignation to the university today, leaving the public radio station without a single employee just two days after the administration announced an across-the-board “reorganizing” that included laying off most of the staff and “indefinitely suspending” community-based programming.

Her departure follows that of David Reed — Humboldt State’s appointed choice to take over KHSU — who stepped down Friday, saying he declined the interim post and had not been consulted before the university sent out an announcement outlining changes at the station.

In a column sent to local media, Estrada explained her decision and her views on the events that have unfolded at the station in recent months, culminating in Thursday’s sweeping move, which the university said would result in “significant savings” with the intended goal of “preserving quality programming for the North Coast.”

“Thank you all for letting me into your morning commute, for telling me your stories of hope, tragedy, triumph and love. Thank you for letting me speak your truths through an omni-directional microphone,” Estrada wrote. “Thank you for letting me take your photos and for calling me in the morning to let me know it’s White-THORN not Whitehorn. I will forever hold KHSU in my heart and memory as a place of acceptance, peace and home to the hardest working folks I’ve ever met.”


Since Friday, KHSU’s listeners have mainly tuned in to find national programming in stark contrast to the previous emphasis on local shows, many done by volunteers, with Estrada’s morning edition being one of the last left standing.

That appears to be the plan going forward — at least for the time being — with the university release stating that the “most recent audience data reaffirm this is, by far, the station’s most popular programming.”

The release also states that HSU will “evaluate how students can return to a more substantial on-air role at KHSU and is looking at “collaboration with other public radio stations and seeking CPB funding to support this effort.”

Read Natalya Estrada’s column on her decision below:


My father always told me: Do no harm, but take no shit. It appears I’ve been surrounded by a monumental amount of fecal matter within the past few days. But make no mistake; I will not be buried by this.

I came to KHSU in 2017, under the guise of needing to make a bit extra cash because I was paying double rent—my boyfriend at the time was helpful, but I still had two months left on my apartment lease. On the day of the interview, I had literally been under a fence. A large possibly, 300-pound wooden fence had fallen off of the rail on top of me as I was opening it so I could move my car out of the drive way. Was it a premonition? Was it a bad omen? I don’t know—one thing’s for sure, it made for a great interview topic. There were leaves in my hair, my red jacket had fresh mud stains and my legs were slightly swollen as I sat in the general manager’s office telling KHSU how much I love public radio. I got the job on the spot.

And then a week later, I quit the Times-Standard, which was and still is one of my favorite jobs. It was where I met my best journalism friends and how I managed to come back to “Homeboldt” after a disappointing stint as a reporter in Southern California.

Several months later, Katie was fired from KHSU; abruptly and without warning. It was chaos. I don’t have to remind everyone about how many sustainers canceled their membership, how much underwriting was lost to our bad reputation and how much of the community felt betrayed by the decisions of an institution. I was at a loss. Katie Whiteside was the first person I met at KHSU back during my internship as an undergrad at Humboldt State. She taught me how to manage the board during Wait, Wait Don’t Tell Me, and Car Talk (RIP). She was the quintessential gem of KHSU, and I know I wasn’t the only person who felt like a piece of the station was forever lost with her dismissal.

More months had passed and staff meetings became less and less about the station’s content and more about what kind of station we were pressed to become. Who were we in the eyes of the community, of the university and of the higher ups who seemed determined to challenge the format of good vibes,
good words and good people?

Eventually, we started having pledge drives again. None of us were sure we’d even get any kind of support—but we did. Why? Because despite the outrage, people believed we would come back, that we would get past this. And for I while, I also believed this. I was wrong.

Thursday, April 11, 2019 does not seem like it happened in real life, but it did. While two of us were told to attend a separate meeting, our friends, our colleagues and basically our radio family were told of their fates. The two of us were left scrambling to figure out why this was happening.

Those were some of the last messages David and I sent to each other before the following day, when I was informed via phone call about his resignation. A couple minutes later, after texting Thad Greenson, Marc Valles and Andrew Goff, I read David’s Facebook post. I cried hysterically as I toggled between Morning Edition and the California Report. I switched on the mic and read the weather report: mostly cloudy and chances of rain — the weather has never represented me so well.

I called my friends, my sister, my mother and several of my editors. The bulk of the text messages I sent were: “I am fine. Please don’t worry about me.”

But the reality was, I was crying to Carol King in studio A, and wanting to hide from the phone which kept ringing.

“Something inside has died and I can’t hide and I just can’t fake it.”

I think I answered close to 25 calls on Friday.

Megan Bender, of The Lumberjack, messaged me. Not about work, but about emotional support. At noon, on Friday, we met in Gist Hall to talk. She handed me an iced matcha latte and a breakfast sandwich. Damien Jimenez, a KHSU intern, waved me down as I was driving and gave me a hug through my car window — I asked him to pretend he doesn’t notice how messy my car is. LJ reporter Freddie Brewster shook my hand and smiled warmly at me — it’s reassuring to know the future of journalism has compassion.

Then came the hard part: the official part. Three meetings and perhaps the most “Don Draper” attitude I’ve ever had, prevented me from openly crying in front of two men in suits and one on a speaker phone. I don’t understand their narrative or their reasons. Perhaps I never will.

What now you may ask will a local unemployed radio gal do in this crisis?

I’ll survive. I always do.

I know many of you believe I was indifferent to the situation and that my stairway to the “top” consisted of bricks made of manure. I advise you to check my shoes and notice they’re crap-free.

Editor's note: This story has been updated to reflect the correct date of HSU's announcement of changes at KHSU.