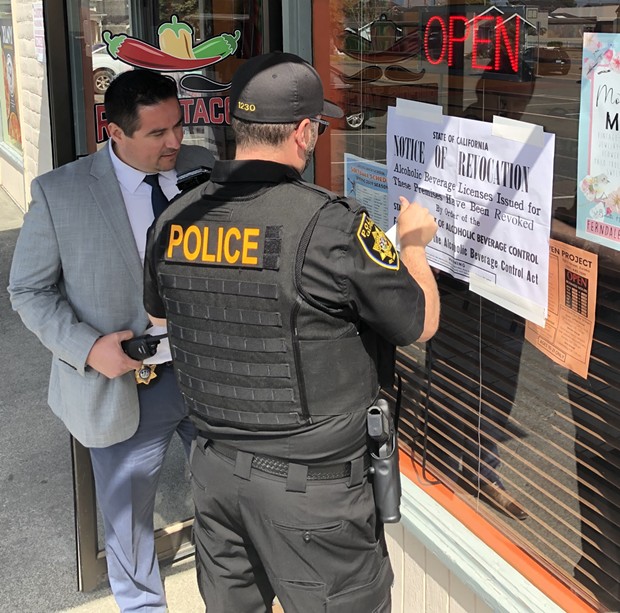 According to a press release, Rico’s Tacos Taqueria has not contested the revocation, which comes about six months after its owner Ariel Arguellas-Sosa was arrested on suspicion of possession and sales of cocaine and methamphetamine. Agents with the Humboldt County Drug Task Force reported seizing more than 3 pounds of cocaine — as well as a combined 10 ounces of heroin and cocaine — and roughly $200,000 in cash last August as a part of its investigation into allegations Arguellas-Sosa was engaged in illegal drug activity.

According to the press release from ABC, agents discovered as a part of that investigation that proceeds from the drug sales were being used to operate the taqueria.

Arguellas-Sosa posted bail in his criminal case and is currently on the lam after failing to appear in court.

See the full press release from ABC copied below:

ABC filed a multi-count accusation against the licensed premises this year for alleged illegal drug possession and drug possession for sale by co-licensee Ariel Arguellas-Sosa. He was arrested locally in August, 2018 on charges of illegal drug activity. He posted bail and did not show up for his most recent scheduled court appearance.

During the course of the investigation law enforcement discovered over four ounces of heroin, over six ounces of methamphetamine, 2.9 pounds of cocaine, $64,109 dollars cash and two vehicles were seized. Police estimate the street value of the drugs, seized vehicles and cash to be roughly $200,000. In addition, during the course of the investigation local law enforcement and ABC discovered that the proceeds from the illegal drug sales were being used to operate Rico’s Tacos Taqueria.

Rico’s Tacos Taqueria has not contested ABC’s accusation so the Department has moved forward with revocation of the license. Effective immediately alcoholic beverage sales are prohibited at the business.

ABC protects communities through education and by administering prevention and enforcement programs designed to increase compliance with California’s alcoholic beverage laws. ABC encourages licensees to sign up for ABC’s Licensee Education on Alcohol and Drugs (LEAD) training free of charge. Licensees and their employees can now take the training online at http://www.abc.ca.gov/programs/LEAD/Online_LEAD_Training.html, they can also sign up for training in person in a classroom setting.

Visit https://www.abc.ca.gov/programs/programs_PE.html to learn more about ABC enforcement and prevention programs that can help increase public safety. ABC is a Department of the Business, Consumer Services and Housing Agency.
#