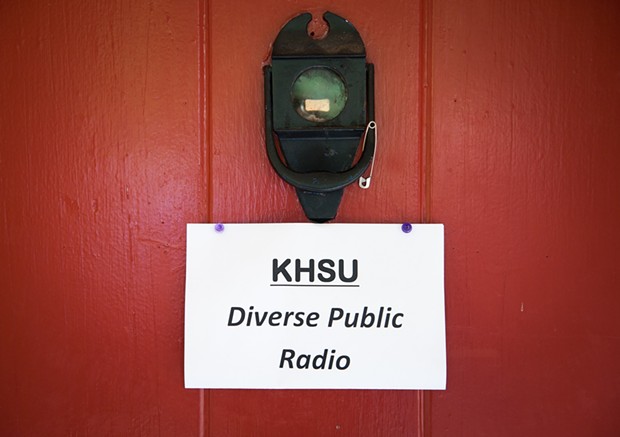 White’s comments came in an April 25 letter responding to Rita Carole, a McKinlevyille resident, who had contacted him 10 days earlier to express concerns about Rossbacher’s April 11 decision to immediately and indefinitely suspend all of KHSU’s volunteer programing and to eliminate all but two of the staff positions dedicated to running the station. The remaining two employees resigned in the ensuing 48 hours, as a host of the station’s members and underwriters withdrew their financial support of the station in protest.

The university’s press release announcing the station’s “reorganization” was not signed and did not include a statement from Rossbacher, but the press release pointed to the university’s budget crunch, its fiscal support of the station, some operational issues and a desire to involve more students in KHSU’s programming as reasons for the decision. White indicated in his letter to Carole that he supported that reasoning.

“The stated goals to be achieved by this realignment — implementing a financially sustainable operating model, preserving quality programming for the North Coast and providing additional opportunities for students — are admirable goals that I support,” White wrote. “Attainment of those goals will lead to long-term success for KHSU.”

The university has not yet publicly articulated a plan for how it will provide additional opportunities for students at the station or preserve the quality of its programming, but its press release did offer some details about the financial aspect of the decision. The university has had to cut spending by $9 million over the last two years and is making almost $1 million in additional cuts for the coming school year. KHSU, meanwhile, is operating at a deficit, needing $135,000 in additional HSU funding in the 2017-2018 school year to balance its books.

KHSU’s deficit, according to the university, is the result of increased payroll costs and declining community support, with the release noting that underwriting revenue is down 14 percent this year, with listener support down 17 percent. But KHSU’s supporters point out that it was HSU administration’s abrupt and controversial firing of popular longtime KHSU program and operations director Katie Whiteside in May of 2018 that sent community financial support for the station into a tailspin. 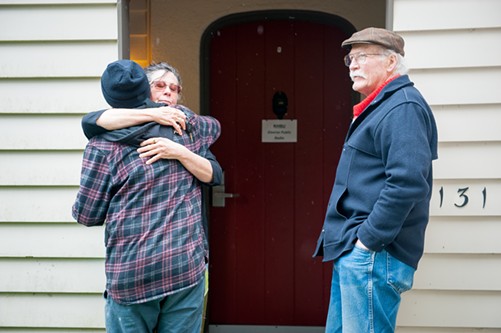 With White backing Rossbacher’s decision to dismantle KHSU as the community knew it, a local group is rapidly working to intervene. Tentatively dubbed “Friends of KHSU-FM,” the group of “long time community supporters” of the station wrote a letter to Rossbacher on April 23 informing her that the group is coming up with a proposal to acquire the KHSU license from the university “on mutually beneficial terms” and asking that Rossbacher “maintain an open mind.”

The letter states that while the university’s decision has been “deeply surprising and upsetting to portions of the community,” the group doesn’t want to let that obscure its “shared commonalities” with the outgoing HSU president. It then lists those as a recognition that HSU deserves “a great deal of public appreciation” for having nurtured KHSU for more than 50 years, an acknowledgement that the university has said it can no longer afford to financially support the station and a belief that the time has come “for the community to step forward and to shoulder the financial and administrative burden of operating and maintaining the invaluable public service provide by KHSU-FM.”

The letter then states that the “Friends group” is working on a proposal to acquire the station license and discuss ways to “allow HSU and its students to remain engaged with the station,” with an aim of finishing it by mid-May.

“We ask only that you maintain an open mind about this initiative, and that you not take any drastic action which would prejudice the prospects of this potential win-win resolution,” concludes the letter, which was signed by Barbara Boerger, Geraldine Goldberg, Jana Kirk-Levine and Helene Rouvier “on behalf” of the group.

“Thanks so much for sending me this information. I will absolutely look forward to receiving your proposal with an open mind.” tweet this
The group got an email response from Rossbacher two days after sending the letter.

“Thanks so much for sending me this information,” she wrote. “I will absolutely look forward to receiving your proposal with an open mind.”

This afternoon, apparently heartened by Rossbacher’s response, Goldberg sent out an email to KHSU supporters seeking donations to help pay for “a Washington-DC based attorney” she hired to negotiate with Rossbacher and the university. The attorney has written a “letter of intent” that will go to Rossbacher today or tomorrow, Goldberg states, but the attorney “is not cheap.” Goldberg writes that the attorney needs $5,000 by Monday and another $5,000 by “mid-month” to continue his work.

Goldberg writes that the group is in the process of setting up a bank account to field donations. (At this point, she asks that folks interested in donating email her at geraldine1051@gmail.com so she can get them donation instructions as they become available.)

HSU, meanwhile, sent out a press release on behalf of White’s office this morning announcing that the search committee convened to find the university’s next president has culled a “sizeable” pool of candidates into a handful of semifinalists.

“From that group, finalists will be interviewed by the full (CSU) board of trustees,” the release states. “We are on schedule to announce the eighth HSU president on May 22, 2019.”

See the full release from the university copied below:

Sent on behalf of the CSU Office of the Chancellor:

The search for the next Humboldt State University president is on track. From a sizeable group of candidates that included interest from across the country, the search committee has culled the pool to a handful of semifinalists.

From that group, finalists will be interviewed by the full Board of Trustees. We are on schedule to announce the eighth HSU president on May 22, 2019.

A growing and thriving HSU is key to the prosperity of the North Coast community. It provides transformational educational opportunities and generates a substantial economic impact for the region.

Thank you to everyone who attended the forum on campus or who has shared input about the knowledge, skills or experience requisite of the next campus president. Your feedback has been invaluable as we work diligently to identify the next HSU president.