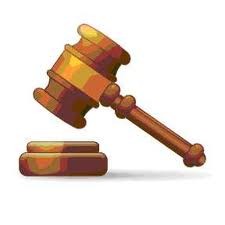 A man convicted nearly 30 years ago in a grisly Fortuna murder-for-hire case is now facing three felony charges and the revocation of his parole in connection to a fatal motorcycle crash that killed a well-known private investigator who worked on several major Humboldt County cases as a court appointed mitigation specialist.

Stephen Duane Chiara, who turned 48 on Sunday, is scheduled to be arraigned June 5 on charges of vehicular manslaughter while intoxicated, DUI causing injury, driving under the influence and a misdemeanor count of driving on a suspended license.

Chiara, a Fairfield resident, was driving his Harley-Davidson motorcycle on Interstate 80 in the Bay Area-adjacent city on the night of March 27 when he lost control and crashed.

His passenger, Eureka resident Max Hadley, died. The 55 year old was respected in local legal circles and worked on several high-profile cases, including researching the background of Marci Kitchen to search for mitigating factors the defense could present during the sentence phase.

Kitchen pleaded guilty in August to a series of charges more than two years after she ran down and killed two teenage girls, including her own daughter, after drinking. She was sentenced to serve eight years in prison two months later.

The charging document filed May 23 in Chiara's case states he was “under the influence of an alcoholic beverage and a drug,” at the time of the crash but does not detail what kind. He did not enter a plea at a court hearing held last week, according to the Solano County District Attorney’s Office.

A petition for revocation of parole — which was preliminarily granted last week by a judge who found “probable cause to support” the prosecution’s request — shows the Chiara was released on lifetime supervised parole in July of 2018.

Chiara was convicted in the brutal death of Mary Kessner in January of 1993. The young mother of a 4-year-old son had been stabbed to death in her home with what media reports described as a “machete-like weapon” in November of 1991.

Her estranged husband Richard Kesser and his girlfriend Jennifer Leahy were also convicted in her death for hiring Chiara — an acquaintance of Leahy’s — to commit the killing so they could collect on Mary Kesser’s $50,000 life insurance policy, according to court documents. She was 30 years old.

The case that shook the Fortuna community was brought back to the Humboldt County Courthouse in 2007, reopening old wounds after a judge ordered that Kesser and Leahy should receive a new trial due to prosecution’s handling of jury selection.

Kesser went on to strike a plea deal with prosecutors and agreed to testify against his one-time girlfriend. He later committed suicide in jail. Leahy, in turn, pleaded guilty to second-degree murder.