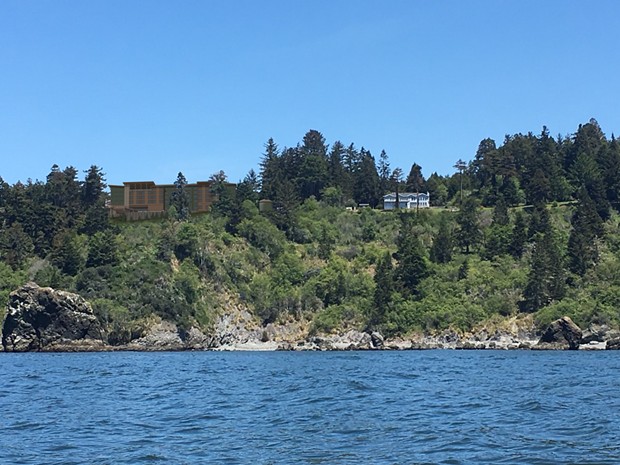 Commissioners made clear during the nearly two-hour hearing in San Diego that the main consistency issue lies with water, and namely whether the city of Trinidad has the capacity to supply water to the project. The city currently has several studies underway but can’t commit to providing water to the proposed five-story hotel adjacent to Cher-Ae Heights Casino until they are complete, which is expected to happen before August.

Multiple commissioners lamented that the Bureau of Indian Affairs, which has jurisdictional oversight of the project because it is on sovereign tribal land, repeatedly declined staff requests to postpone Wednesday’s hearing until the commission’s meeting in August, which would have allowed for more local input and — potentially — completion of the water studies. Before the vote, several commissioners indicated they intended to vote to object to the project at this time but urged the Rancheria to resubmit its application so it can be heard at the August meeting.

After the meeting, Trinidad Rancheria Economic Development Corporation CEO David Tyson told the Journal in an email that the Rancheria would decide how to proceed after conferring with BIA officials.

The Rancheria has pushed the proposal to build the hotel on the bluffs along Scenic Drive about a mile south of city limits as a way to bring economic development to what Tribal Chair Garth Sundberg described to the commission as a small tribe with a high-unemployment rate and “tremendous needs.”

Because the project is on the tribal land of the Rancheria, a sovereign nation, it falls under the purview of the BIA and is subject to a federal environmental review process. As a part of that process, the BIA must bring the project to the California Coastal Commission, which must concur with or object to the BIA’s assessment that the project will have no discernible effect upon the coastal environment and will not violate the California Coastal Act. If the Coastal Commission disagrees with BIA’s assessment, the bureau can proceed anyway but must offer a thorough explanation of why it disagrees, a path that leaves the decision susceptible to a legal challenge. Or, the two agencies can enter into non-binding mediation.

In a series of public meetings hosted by the Rancheria to discuss the project, area residents have raised concerns about everything from traffic impacts to the geologic stability of the site. But Coastal Commission staff’s review of the project found most impacts would be negligible but zeroed in on two areas where it felt the project wasn’t in compliance with the Coastal Act: water and visual impacts.

While the project would not be subject to local zoning regulations, a provision of the coastal act requires that it be “visually compatible” with the surrounding community. Commission staff pointed out that this is a potential problem, as the proposed five-story hotel would be the tallest structure by 30 feet in the surrounding 20 miles, and those doesn’t fit with the existing character of the area. But staff noted the Rancheria has worked to mitigate those impacts, redesigning the hotel to feature earth-tone paints and non-reflective glass designed to make it less visible from Trinidad Bay and Trinidad Head. Staff requested the Rancheria further alter its plans to decrease the height of the hotel and potentially disperse some of the hotel rooms to other parts of the Rancheria’s property. But the Rancheria responded that the hotel needs 100 rooms to be economically viable and there are already plans for the other pieces of Rancheria property identified by Coastal Commission staff.

Commissioners indicated they weren’t overly concerned about the visual impacts or believed something could be worked out with the Rancheria to further minimize them. The sticking point, they indicated, was the water.

The Rancheria has argued the city’s water treatment plant has the capacity to serve the project — and Tyson even indicated at Wednesday’s hearing that the Rancheria believes that its existing agreement with the city to provide water to the property should cover the project. The city, on the other hand, has told the commission it would like to commit to supplying water to the hotel but can’t until it determines if the flows of Luffenholtz Creek are sufficient to provide for existing and future needs within city limits, which take priority.

Commissioner Erik Howell asked staff if the commission could vote in support of the project conditioned on the Rancheria and the city coming to an agreement on water. But Commission Executive Director Jack Ainsworth said water is a basic filing requirement, a “fundamental component of the project we have to have assurance on.”

“So the answer would be no on a condition like that,” he said.

At one point, clearly frustrated, Commissioner Steve Padilla called Dan Hall, a representative of BIA, up to the podium to ask why the agency has not allowed the hearing to be postponed to a later date, pointing to the lack of clarity on the water issue and the fact that an August hearing would allow for local input, an important provision under the commission’s “environmental justice” policy.

Hall, who indicated earlier in the meeting that BIA fully supports the Rancheria’s proposed development as a means toward its “self-determination, self-sufficiency and economic development,” said he didn’t have the authority to grant extensions, which rests with the regional director, who was not in attendance.

In addition to representatives of the Rancheria, a few local residents did make the trip down to San Diego to address the commission on the project.

David Hankin, representing the Humboldt Alliance for Responsible Planning, indicated the local community has a number of concerns about the project’s impacts, but mostly centered his comments on the uncertain water supply and visual impacts. He pointed to the fact that more than 100 people turned out to an October meeting in Trinidad to discuss the project and that an online petition received more than 700 signatures opposed to the project as evidence of widespread public concern.

Fifth District Humboldt County Supervisor Steve Madrone also addressed the commission, saying the project’s visual impacts would be inconsistent with protections in the Coastal Act and that the “Rancheria water supply analysis was, frankly, backwards.” He said a good analysis would be to look at Luffenholtz Creek’s maximum capacity in drought years to ensure a sustainable water supply, which he alleged hasn’t been done.

Rancheria CEO Jacque Hostler-Carmesin told the commission that much of the public concern is due to misinformation widely circulated by a few project opponents. She specifically pointed to the fact that the petitions and a couple public fliers used images of the proposed hotel site that were either plucked from early conceptions or had been manipulated, but didn’t accurately portray the Rancheria’s plans. She also said some media coverage of the project has been unfair and pointed to an April 4 editorial cartoon that ran in the Journal and depicted a human-like hotel in a tug-of-war over a hose with the city of Trinidad.

“The cartoon was offensive,” she said. “We’ve been the subject of a lot of harassment.”

Commissioner Effie Turnbull-Sanders said she was concerned about the way the project had been portrayed in the press and elsewhere, saying she felt the cartoon depicted the tribe “as this kind of greedy caricature.”

While the commissioners appeared sympathetic to the Rancheria’s concerns and like they wanted to support the proposal, the water issue was ultimately too much for six of them.

“Why isn’t someone from BIA who is in fact in power to make this decision here today?” tweet this
After Commissioner Donne Brownsey’s motion to support staff’s recommendation that the commission should object to the BIA’s determination that the project was consistent with the Coastal Act was seconded, Padilla again lamented that the commission couldn’t postpone a vote on the issue until August.

“Why isn’t someone from BIA who is in fact in power to make this decision here today?” he asked.