Clearing Overturned Semi Will Close 101 for About an Hour 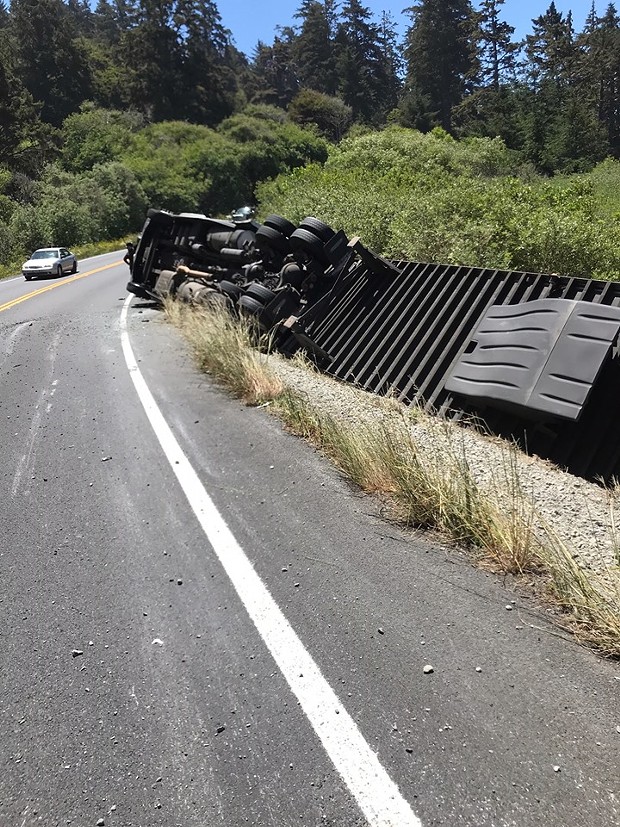 UPDATE: Caltrans is readying to shutdown U.S. Highway 101 for about an hour today, starting just after 3 p.m., to clear away a semi that crashed off the road near Big Lagoon.

The accident occurred around noon, leading to controlled traffic in the area, but the closure will be necessary for get the large “rig wheels-down,” according to a Facebook post.

The driver was uninjured, according to the CHP Traffic Incident Information Page. According to Thom McMahon, who reports he was second on the scene, there were two occupants of the big rig–neither had more than minor injuries.