Does California State University have a $1.5 billion slush fund? 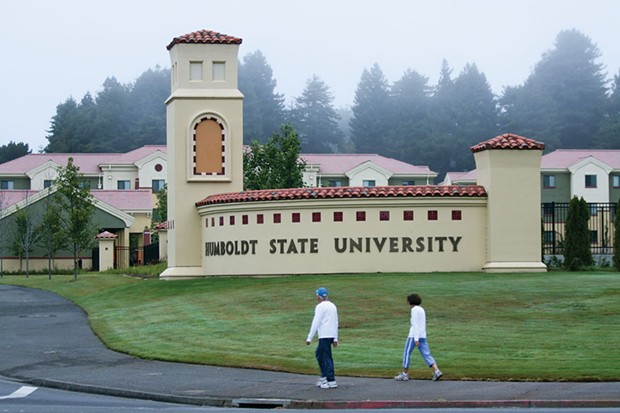 A report released by California’s state auditor this week looked like a bombshell: California State University has been sitting on a $1.5 billion budget surplus, it found, failing to fully disclose the existence of the money to legislators and students even as it raised tuition and lobbied for more state funding.

CSU, however, quickly disputed the audit’s conclusions, saying it has been transparent about the reserves and that it needs them to cover short-term debts, pay for one-time expenses such as new buildings, and hedge against a possible recession.

HSU spokesman Frank Whitlatch told the Times-Standard on Thursday that about two-thirds of those HSU funds were earmarked for certain expenses, including “housing, parking fees, which has a designated purpose, the student union, the university center.”

Readers who care about higher education might have questions. We thought we’d answer a few.

What exactly were the auditor’s concerns?
CSU tuition has almost doubled over the last decade, funding a sizable increase in the university’s reserves, State Auditor Elaine Howle found. But CSU, she wrote, continues to argue that it has only two options to avoid cutting programs: getting more state dollars or raising tuition even more.

“By failing to disclose this surplus when consulting with students about tuition increases or when projecting CSU’s resources and needs to the Legislature, the Chancellor’s Office has prevented legislators and students from evaluating CSU’s financial needs in light of its unspent financial resources,” Howle wrote.

$1.5 billion — that’s a lot, right?
The surplus could cover about two-and-a-half-months of expenses for CSU, says the university, which serves nearly 500,000 students. Chancellor Tim White likened it to a family savings account, or the state’s rainy day fund.

About $662 million is earmarked for short-term debts, White told CALmatters, such as when the university has to front financial aid checks to students before it receives the funds from the federal government. He said the university is saving $376 million toward capital projects, including deferred maintenance on buildings, and a final $459 million in case the economy goes south.

“If we didn’t have that reserve, when the economy flattens we’d either have to offer less or raise tuition more than we otherwise would,” said White. “We don’t want to do that.”

The revelation of the funds—which the university is holding in separate investment accounts outside the state treasury—comes a week after state lawmakers signed a 2019-2020 budget that increases CSU funding by about $400 million to pay for an additional 10,000 undergraduate slots at the overcrowded system.

“Had we known (about the surplus), would things have gone differently? That’s the $1.5 billion question,” said Democratic Assemblyman Kevin McCarty of Sacramento, who chairs a subcommittee on the education budget. “Is that the right amount to have in a reserve, or are some of these monies available to address student needs today?”

Was this money really “hidden?”
The university says the reserve funds have been hiding in plain sight, pointing to a 2017 trustee meeting and other correspondence with legislators in which the investment accounts were discussed. CSU has even launched a new financial transparency website that allows users to view university spending down to the campus level.

The audit, however, says that while lawmakers might have known about the total balance in the accounts, they weren’t necessarily aware how much was being held in reserve.

“That issue never came up,” said McCarty, when asked if legislators discussed the surplus during budget hearings.

The law requires CSU to discuss any proposed tuition increases with the Cal State Student Association. But the university did not provide information about the reserves to students during conferences that led to a tuition hike in the 2017-18 school year, the audit found — an omission that student association president Mia Kagianas called “disappointing and concerning.”

“Students deserve accessible information on the institution’s budget in decision making processes that directly impact their lives,” Kagianas said in a statement.

Administrators didn’t bring up the reserves with students, White said, because they would never use such one-time savings to cover ongoing operating expenses.

That’s actually smart fiscal policy, said Kevin Cook, a higher education researcher at the Public Policy Institute of California. “It’s a good idea for the system to have these reserves, because if revenue goes away and they have to tap into the reserves, then they can preserve access,” he said. “But obviously if they’re making money and not disclosing it, then that’s an issue.”

Wait, didn’t something like this happen with the University of California recently?
Yep. UC President Janet Napolitano came under fire after a 2017 state audit found she’d set up a secret $175 million fund for special projects that she hid from the university’s regents.

The CSU reserves are nearly ten times as large as the amount Napolitano reportedly squirreled away. But there are key differences: Napolitano also faced accusations of using the money to provide above-market pay and benefits to her staff, and pressuring campuses to change their responses to an auditor’s survey. No such charges have been raised so far in relation to the current audit.

Still, CSU has faced criticism before for its financial management—including last year, when it gave raises to highly-paid executives just after successfully lobbying the Legislature for more funding. A pending bill would bar the university from raising executive pay within a year of any tuition increase.

What else did the audit find?
The audit also examined CSU’s parking system, criticizing the university for raising the cost of student permits as high as $236 a semester without significantly increasing the number of spaces. Administrators failed to consider alternative transportation options such as shuttles, buses and bicycles before building expensive parking garages, the audit found. Auditors focused that review on four campuses: Channel Islands, Fullerton, Sacramento and San Diego.

While the audit did not find that the university misused any of the parking proceeds, it highlighted disparities in parking fees, with students paying nearly three times what faculty and staff pay to park. The average parking permit for students costs about $171—compared to $68 for faculty and $70 for staff.

Mary Washington, a lobbyist for the student association, said students had hoped the audit would offer ways to ease the burden on them. Earlier this year, San Diego Democratic Assemblywoman Shirley Weber had proposed a bill that would have required campuses to lower the cost of student permits, but it stalled.

As it stands, university labor contracts require faculty and staff to pay less than students.

“It’s one of those issues that’s so simple—anyone can understand it and see that it’s morally not the right thing,” Washington said. “Something should be done.”

White said he accepted the challenge to “think more deeply about alternative transportation” and agreed with students’ concerns that charging them more for parking was unfair. “I think as we go into the future, that will be something we will be working hard to make more fair for our employees as well as for our students.”

What happens now?
The Legislature’s audit committee could call a hearing, at which both the auditor and CSU would testify. Lt. Gov. Eleni Kounalakis, who sits on the CSU board of trustees, has also called for a discussion of the audit at the trustees’ July meeting.

— Adria Watson contributed to this report. This story and other higher education coverage are supported by the College Futures Foundation.