The full moon rose over the redwood forests of the Eel River valley, bathing the hillsides in its stark light. It flashed through the redwood tree branches beside me as I drove along the Avenue of the Giants, snaking along the river in and out of great stands of the giant trees.

It was after 11 p.m. and I had been looking for a moonlit vista but the two spots I had visited already were more overgrown than I’d remembered and wouldn’t work for my idea. My fallback plan was another place that I’d photographed before where the Avenue passed between two huge redwood trees that stood in silent sentinel to either side.

Standing beneath them in the night, silent but for the stirring of branches in the breeze, I felt my own tininess next to their immensity, their enduring longevity beside my own brief lifetime. These living things were old. What stories could they tell? What events even stand out to an entity with a lifetime that can span up to two thousand years?

Sequoia sempervirens, our California coast redwoods, are the tallest trees in the world. Their native range is constrained to little stretches of the west coast of North America, but their fame spans the globe. The Redwood forest (capitalization mine) is a unique forest type, and is one of our greatest treasures here on the North Coast, and indeed the world. For people coming from every part of the planet to see them, visiting our national and state parks is the easiest and best way to share in the amazing beauty of these forests. 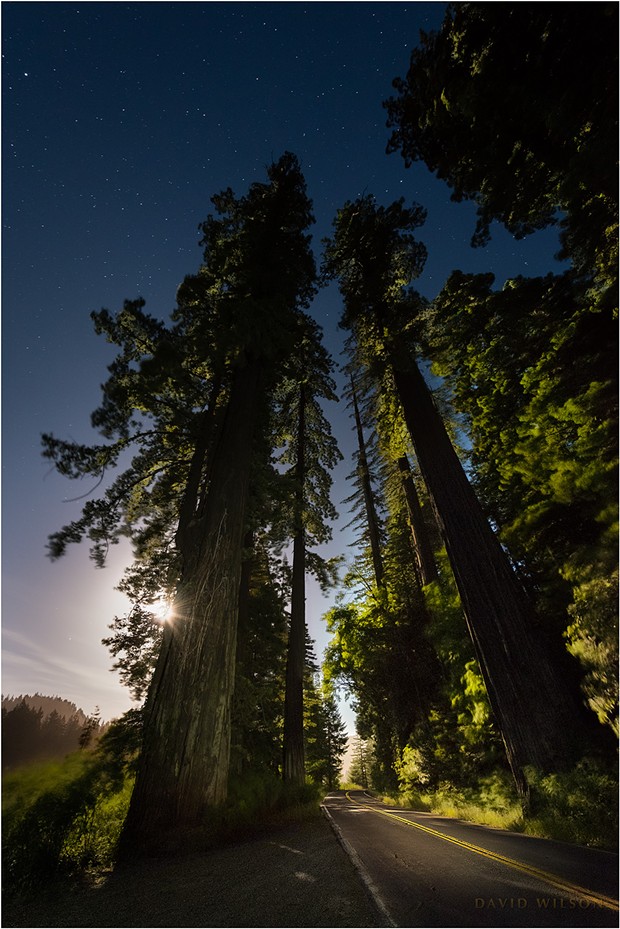 Some may not realize it, but the two-part name Sequoia sempervirens uses the name of the genus first as Sequoia followed by the species name sempervirens. While some tree genera or groups will contain many species, the only species of Sequoia is Sequoia sempervirens, our beloved redwood. I think this points to a misnomer in the national parks, for there are no actual trees of the genus Sequoia in Sequoia National Park; the giant sequoia, as they are popularly called, are really of the genus Sequoiadendron. I suppose “Sequoiadendron National Park” didn’t have a ring to it and they couldn’t think of anything else (I don’t really know), but it seems to me that the park having the name “Sequoia” should at least contain some native trees of that genus in it.

When you visit the redwood forests, try to leave no traces of your presence. Walk lightly; move a fern aside rather than step on it. Always pack out anything that you packed in. When you’re in the forest, be the forest. Explore, yes, but also take time to stand in the heart of a grove and be still. Breathe. … Listen. … Feel the massiveness of these living things, let the age of the place soak in. It’s a special place on the planet, and it will do you good.