August 01, 2019
comment
Yesterday’s Battle of the Badges at the Northern California Community Blood Bank was a competition with one clear winner — patients. The friendly rivalry between 16 local public safety agencies brought the highest number of donors the nonprofit blood bank has seen in a single day since 2001. In total, 188 people gave their time, their blood and the gift of life to those in need.

One-hundred-seventy units of blood were collected and, “in a very close competition, the Eureka Police Department won the battle with 38 donations,” John Gullam, director of Donor Resources at NCCBB said.

Last year, 74 donors participated with the Humboldt County Sheriff’s Office getting credit for 25 and winning the trophy. So this year was a roaring success. Gullam particularly noted how pleased his organization was to have brought in 50 first-time donors.

“This is hugely important as we work toward replacing Baby Boomers as they become ineligible,” he explained.

This year’s event was only the second annual Battle of the Badges. The idea is to bring in donors during the summer season, which is traditionally a slow time of year for blood banks. So, local public safety agencies are asked to roll up their sleeves and compete to see who can provide the most donor, with a trophy given to the agency with the highest number of givers. Members of the public can also donate and ask that their favorite agency get the credit.

The success of this event will lead to more events like it in the future and Gullam wanted to give special credit to two people.

“Huge thanks to [EPD] Capt. Brian Stevens and Sheriff Billy Honsal for their work promoting the drive and encouraging their staff,” he noted.

Slideshow Battle of the Badges 2019 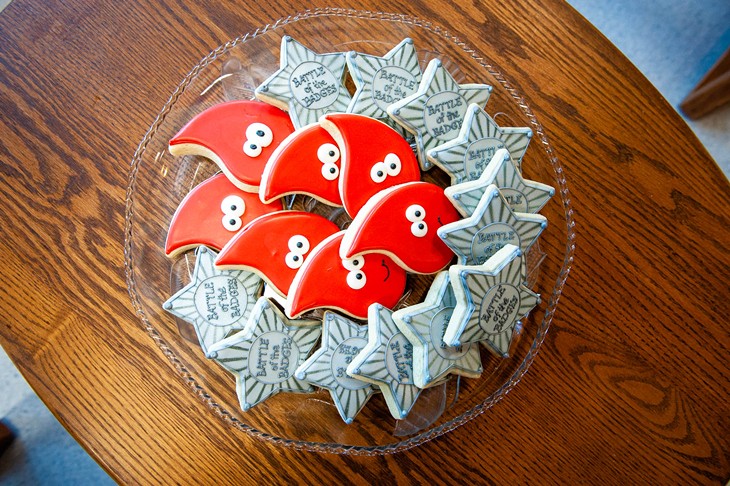 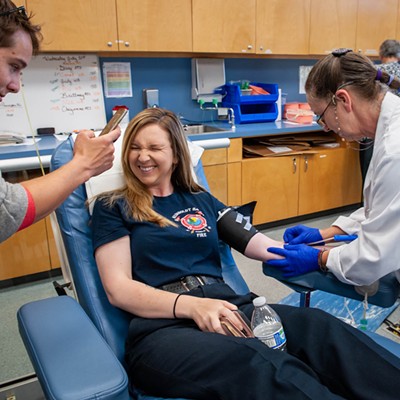