Late one night along a dirt road in the hills in the middle of nowhere in southern Humboldt County, California, a couple of guys rendezvoused to photograph an old metal beast crouching in the dirt beneath the stardust skies of the cosmic realm through which we float, as a species almost completely unaware of the larger significance of our tiny insignificance. I was one of them, and my friend Kris was the other.

The opaque blue sky ceiling of daytime shutters our eyes to the space in which Earth floats, and insulates us against thoughts of our minute scale in the vast scheme of things. But at night our vision punches through the blue dome and we see the magnificence of the greater cosmos in which our little dustball drifts. Most of our waking lives we don’t even see the stars, let alone consider our place among them.

Growing up under the dark skies of a rural area allowed me to enjoy the heavens whenever it was clear. If ever I forget how precious that gift is, when I take folks who are coming from the city out to enjoy our relatively dark skies, their oohs and ahhs remind me how awe inspiring the sight of a sky full of glittering stars truly is. If your mind can grasp it, you will see how tiny we are and how large the rest of the Universe is — whereby “we” I mean all of humanity on Earth, not just you and a few pals. “We” are all together on this little ball drifting through the cosmos. Compared to the rest of it, Earth is smaller than a bit of dust from a crushed grain of sand out there, and all of us scurrying around on it are as the smallest of sub-sub-microscopic organisms. We are a serious lot for being so tiny.

Rural life also gave me respect for private property and a skepticism for the rural roads shown on maps. Long before my family’s time there, a stagecoach used to run right though our property, even using the old house that was there as a stop, and continue to either Piercy on the South Fork Eel River or west toward the coast. Traveling in a westerly direction from what would become our place, the road followed Indian Creek up past the old logging ghost town of Moody to the Whitethorn Road and Usal Road, and from there one could go down to Bear Harbor, or north to Shelter Cove. The Usal Road even connected with U.S. Highway 1 to the south. Long after the stages had ceased to run automobiles continued to use the road.

That was a lot of access out the little road, but the through access had closed down by some time in the mid-20th century, before my time. We landed on the property in the 1970s, and all of the connections through it to Piercy and the coast had long since been obliterated, lost to private property and timberland crisscrossed with logging and skid roads. But from town out to our place the road remained intact. It was still the same dirt road that used to run north-south through there so many years before our arrival, only now we were at the end of the line. Beyond us was logging and ranching land with different lines of access. 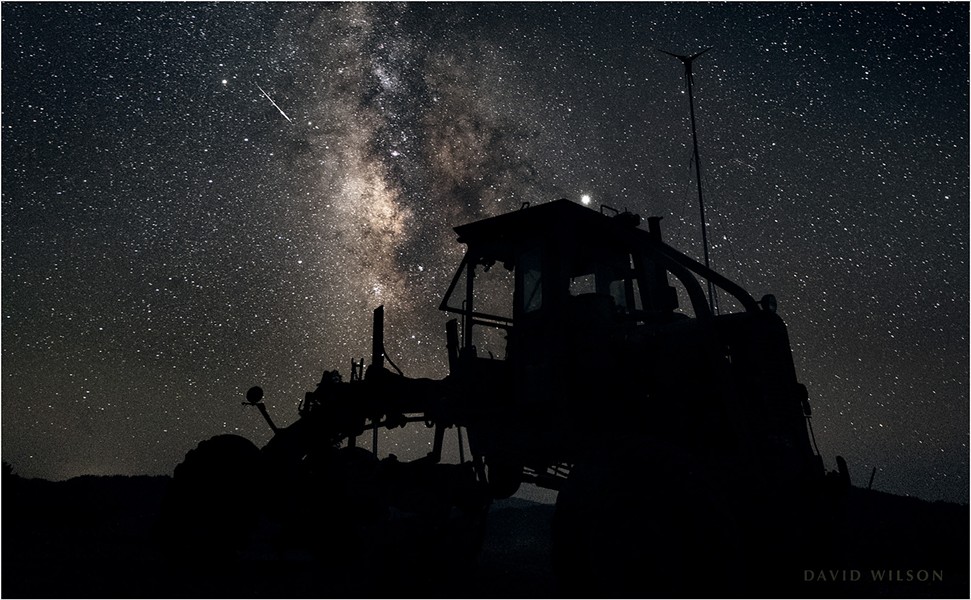 No, the road out to our place was no longer a through road, but Rand McNally and other makers of folding travel maps of the ’70s, ’80s, and 90s apparently never got the word. We turned back many a traveler who would try showing us by the little lines on their map that the road did, in fact, go through to the coast or to Piercy, while we would point to the bald fact that it did not go through. Too bad for them, as they were by then 30 minutes out of their way down a dirt road that they’d have to backtrack. If only they’d had smart maps.

A hot, dusty day found me visiting the old place a few weeks ago. It’s still every bit the dirt road it ever was. At the turn to my dad’s driveway I paused to let an approaching vehicle pass. It slowed and stopped, and as its trailing column of dust caught up and settled around us the driver lowered his window.

Oh, golly, I thought, that again? And now Google is sending them out here? Jeepers.

When exploring the smaller back roads it’s easy to become confused and lost, or misled by the map itself — including Google Maps — and end up on private property. If you find yourself on an unfamiliar dirt road in your explorations, you should probably turn around and find a paved road. You could be deep inside private property.

Later that night as Kris and I photographed the grader beneath infinity’s starry sky, the annoying quirks of the mapping world and other vagaries of human life slipped quietly from my consciousness until only the wonders of the Universe remained.