The Lake County Sheriff’s Office is investigating the apparent homicide of an Illinois man whose family last heard from him after he was reportedly in an altercation with a man he’d been traveling with at a campground in Humboldt County.

According to a press release, a car connected to Grant David Whitaker, 25, of Mackinaw, Illinois, who had been reported missing, was found near a Dollar General Store in Clearlake Oaks on Aug. 24. 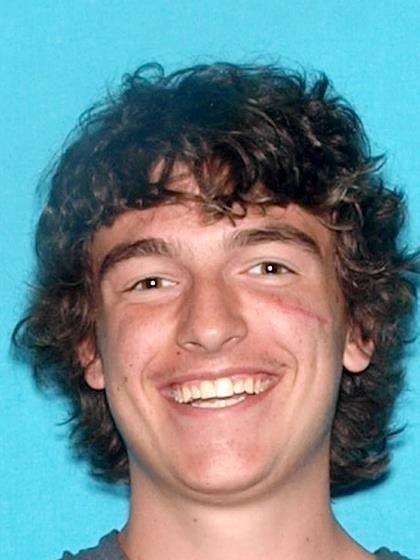 The next evening, the Lake County Sheriff’s Office "obtained additional information" that the man Whitaker was traveling with, Mavrick William Fisher, 21, Elko, Nevada, had admitted killing Whitaker and were given “detail directions as to where Whitaker’s body could be located.”

After serving a search warrant on a property in Upper Lake, detectives with the Major Crimes Unit located what is believed to be human remains in a remote area on Aug. 26.

Fisher was contacted by Mexican law enforcement officials in Rosarito the same day. The Lake County Sheriff’s Office release states efforts are underway to extradite Fisher to the United States.

On August 24th, 2019 the Lake County Sheriff’s Office received information that a stolen vehicle related to a male subject, Grant David Whitaker, 25, of Mackinaw Illinois, who had been reported missing in Illinois, may be located near a Dollar General store in Lake County. Lake County Sheriff’s Deputies were able to locate the vehicle near the Dollar General store in Clearlake Oaks. The vehicle was impounded and secured for later processing. Whitaker’s family had received information that Whitaker had been involved in an altercation with another male subject he was traveling with, Mavrick William Fisher, 21, of Elko Nevada.

They believed the altercation took place at a campground in Humboldt County. Whitaker’s family had not heard from him since the supposed altercation. The evening of August 25th, the Sheriff’s Office obtained additional information that Fisher had admitted to killing Whitaker. The Sheriff’s Office was also provided with detailed directions as to where Whitaker’s body could be located. On August 26th, the Sheriff’s Major Crimes Unit served a search warrant at a property located off Scott’s Valley Road, Upper Lake. Detectives were able to locate what is believed to be the human remains of Whitaker in a remote area near the 7500 block of Scott’s Valley Road.

The Sheriff’s Office was contacted later in the day by law enforcement authorities in Rosarito Mexico. They had contacted Fisher and were able to determine that Fisher may be wanted in relation to this incident. Sheriff’s Detectives are working this Mexican authorities related to the return of Fisher and taking him into custody. Anyone with information regarding this investigation is asked to contact Detective Richard Kreutzer at 707-263-4233 or Richard.Kreutzer@lakecountyca.gov.