September 09, 2019
comment
A 75-year-old Eureka man and a load of 20 cattle were killed Sunday when he lost control of his truck for unknown reasons while traveling northbound on Alderpoint Road, broke through a railing on the bridge over Burr Creek and went over the side.

The man, whose name has not yet been released, died at the scene, as did all of the animals he was hauling. According to CHP, alcohol or drug use is not believed to be a factor in the 11 a.m. crash. 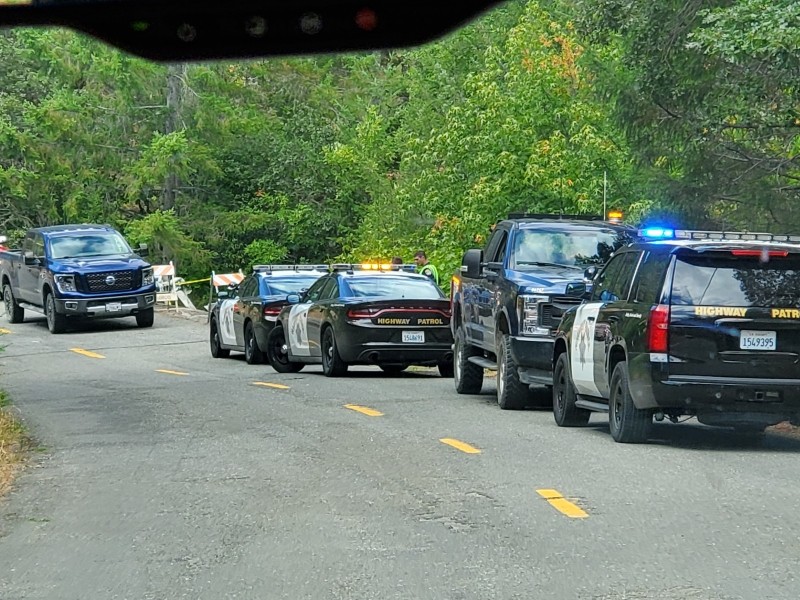 The incident remains under investigation.


On 9/8/2019, at approximately 1100 hours, a 75 year old male from Eureka, was driving his 1990 International truck northbound on Alderpoint Road, just south of Sturm Road. For reasons still under investigation, the man lost control of the truck and it broke through the bridge railing of the bridge over Burr Creek. After colliding with the bridge, the truck left the bridge and came to rest on its side on the river bank below. The driver succumbed to his injuries at the scene. The driver’s identification is being withheld pending notification of his family.

Additionally, the vehicle was carrying 20 head of cattle which all succumbed to their injuries as a result of the collision. Personnel from the California Highway Patrol responded to the scene, assumed and maintained incident command, and are investigating the collision. Personnel from Cal-Fire, Bridgeville Fire, Carlotta Fire, and the Humboldt County Coroner’s Office also responded to the scene.

Alcohol or drug use is not believed to be a factor in the collision.

If anyone has information related to this collision, please call the Garberville Area CHP. (707) 923-2155.