Watch Out for Wandering Wildlife in the Roadways 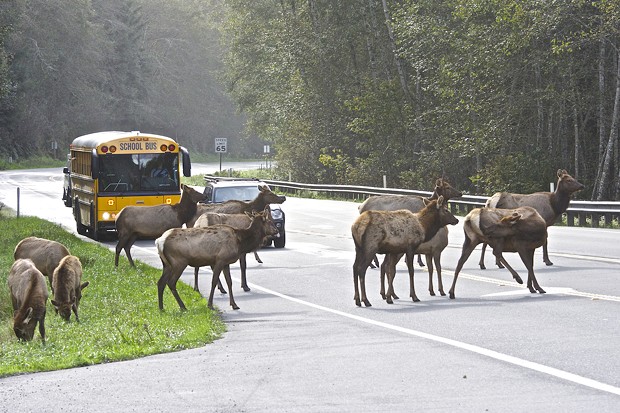 Wildlife is on the move this time of year, which means drivers need to be even more cautious while traveling the region’s rural roads and highways.

According to a joint release from Caltrans and the California Department of Fish and Wildlife, vehicle-wildlife collisions “typically peak” this time of year, when animals are migrating to their winter haunts or preparing for hibernation.

“It is vital that drivers be especially alert now through December to avoid collisions with wild animals,” the release states. “These crashes not only harm wildlife, but they can damage vehicles and cause injury and death to drivers and passengers.”

California Highway Patrol stats show 15 people died and 810 people were injured in 4,368 collisions with animals on state, county and local roadways throughout California between 2017 and 2018.

“From September through December, wildlife often exhibit natural behaviors that can increase their movements and activity nearer to humans and roadways,” CDFW Conflict Programs coordinator Vicky Monroe said in the release. “That makes large animals such as deer, bears and mountain lions more likely to be killed or injured by wildlife-vehicle collisions.” 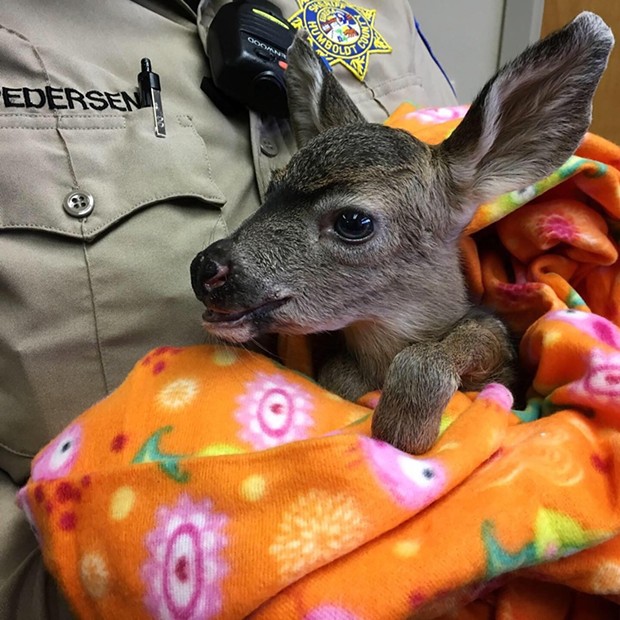 Read the release from Caltrans and CDFW below:


They aren’t watching out for you, so you need watch out for them.
This time of year, the number of wildlife-vehicle collisions typically peak as animals start migrating to winter habitat, mating season begins for deer and elk, and bears spend more time foraging before hibernation. To help reduce collisions, Caltrans and the California Department of Fish and Wildlife (CDFW) remind motorists to be on the lookout during Watch Out for Wildlife Week, which runs Sept. 15-21.

Watch Out for Wildlife Week marks the beginning of the migration season for California’s wildlife, particularly elk and deer. Many of California’s roadways cut through these animals’ routes. It is vital that drivers be especially alert now through December to avoid collisions with wild animals. These crashes not only harm wildlife, but they can damage vehicles and cause injury and death to drivers and passengers.

“Caltrans is dedicated to improving the safety of California drivers, which includes being responsible when it comes to the environment,” said Caltrans Acting Director Bob Franzoia. “This can mean installing flashing warning signs and building ramps and larger culverts for safer passage over and under our roads.”

“From September through December, wildlife often exhibit natural behaviors that can increase their movements and activity nearer to humans and roadways,” said CDFW Conflict Programs Coordinator Vicky Monroe. “That makes large animals such as deer, bears and mountain lions more likely to be killed or injured by wildlife-vehicle collisions.”

According to the California Highway Patrol, 15 people died and 810 people were injured in 4,368 collisions with animals on state, county and local roadways throughout California between 2017 and 2018. The UC Davis Road Ecology Center estimates the total annual cost of animal–vehicle conflicts in California to be at least $307 million in 2018.

The Watch Out for Wildlife campaign is supported by Caltrans, CDFW, Defenders of Wildlife and the UC Davis Road Ecology Center.

Here are a few examples of what Caltrans, CDFW and their partners are doing to reduce wildlife-vehicle collisions, improve awareness of key issues and improve ecological sustainability:

Caltrans District 2 staff continue to monitor the Twin Gulches undercrossings that were constructed to provide safe passage for wildlife, including a rare species, the Pacific fisher. These crossings were constructed as part of the Twin Gulches Curve Improvement Project, which was finished in 2016. Photos from four trail cameras currently in place at the inlets and outlets of the culverts have captured several species using these structures. 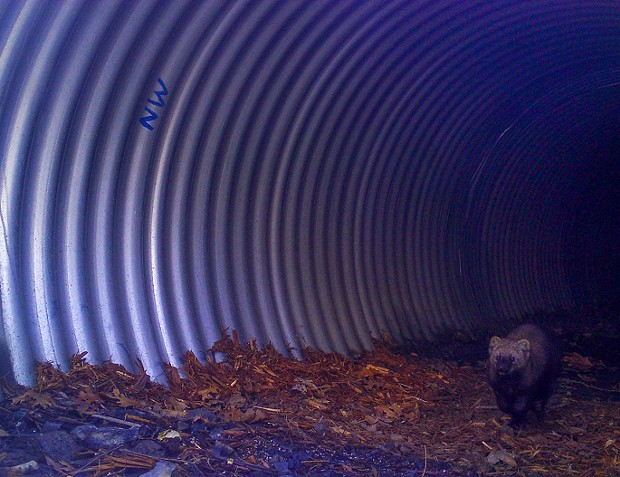 Construction of Wildlife Undercrossings Scheduled near Placerville
The Camino Safety Project east of Placerville in El Dorado County will go to construction next year and will include a 12-foot by 12-foot box culvert as a wildlife undercrossing, eight-foot wildlife fence, and four wildlife escape ramps for animals that may become trapped in the right-of-way. Camera monitoring and wildlife tracking show the project on U.S. Highway 50 will benefit deer, coyotes, foxes, and other species.

SR-68 Wildlife Crossing Improvements Planned in Monterey County
Caltrans has started environmental studies for the SR-68 Corridor Improvements Project that will include wildlife connectivity improvements near Monterey. The project follows recommendations from the Route 68 Scenic Highway Plan completed by the Transportation Agency of Monterey County (TAMC) in 2017. At TAMC’s request, Pathways for Wildlife installed wildlife cameras at culverts that cross under the highway. Their data were used to identify locations along the corridor where future improvements will be made to promote safe passage for wildlife under SR-68.

Southern California’s Liberty Canyon Wildlife Overpass
The storied Liberty Canyon Wildlife Overpass would be the largest stand-alone bridge built specifically for wildlife in the country once constructed. The overpass would reconnect the Santa Monica Mountains and the Simi Hills in Los Angeles County and span 10 lanes of traffic on U.S. Highway 101 and a frontage road. Caltrans and its partners have recently entered the design phase for the bridge, which is a significant milestone in delivering a construction project. Fundraising efforts to raise $60 million for construction costs are ongoing.

Grant-funded Work to Improve Wildlife Connectivity Underway in Ventura County
Thanks to an Environmental Enhancement and Mitigation Program grant from the California Natural Resources Agency, Caltrans District 7 is installing upgrades to a wildlife undercrossing on SR-118 in Ventura County. These modifications include adding directional wildlife fencing and a ramp to better guide wildlife to the safe passageway. The National Park Service will help Caltrans monitor the success of this project after construction.