McGuire tweeted at about 6:20 p.m. that the process may take several hours as PG&E conducts line inspections, adding that restoration to Lake, Mendocino, Sonoma, Trinity and Marin counties will begin tomorrow afternoon. Other sources not authorized to speak publicly about the situation told the Journal that PG&E had deemed weather conditions safe to launch survey flights late this afternoon to inspect the lines, a necessary step before restoring power.

A conference call to brief the press set up by PG&E scheduled for 6 p.m. was inaccessible to some reporters, including the North Coast Journal, which got only a busy signal when trying to dial in. According to local reporter Kym Kemp, who was listening to the call, a PG&E representative indicated Humboldt County could see power restored tonight but made no guarantees.

The county of Humboldt, meanwhile, sent out a press release immediately following PG&E's press call indicating the company is "reporting that it has been given the 'all clear' to immediately begin the process to restore power to the county." The press release warns, however, that this doesn't mean power will immediately be returned to Humboldt and residents should continue to plan to spend at least tonight without power.

"While PG&E can use the same restoration techniques for this event as it uses for general storms, this is a significant outage and therefore restoration for Humboldt will happen in phases," the press release states. "Some residents may begin receiving power restoration as early as tonight, but full restoration may take several days."

Electrical service to Humboldt County customers shut off shortly after midnight this morning as a part of PG&E’s efforts to prevent wildfire, which saw the company shut down its power grids in at least parts of 34 California counties, affecting hundreds of thousands of customers. 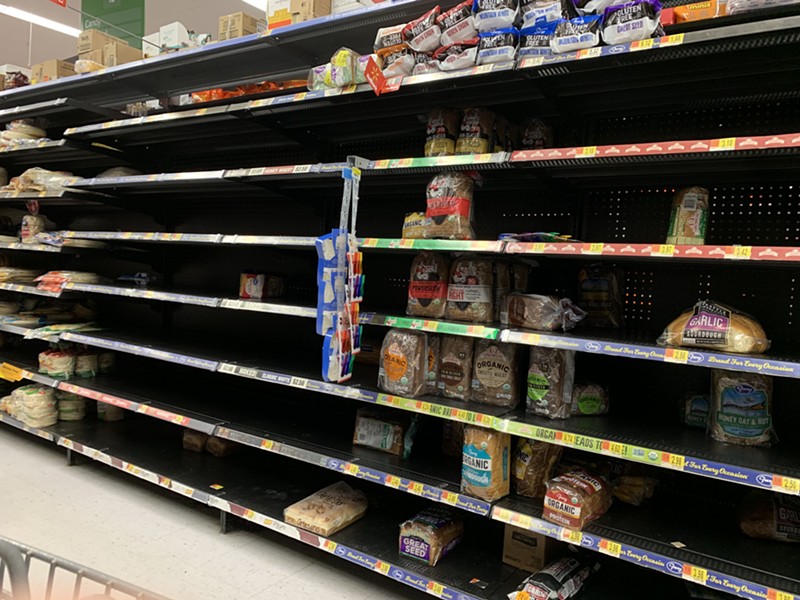 Power has been out throughout Humboldt County for much of the day, prompting runs on gas and groceries, as residents braced for what officials warned could be five days or more without electricity.

From the county of Humboldt:

Pacific Gas & Electric (PG&E) is reporting that it has been given the “all clear” to immediately begin the process to restore power to the county. Please note that this does not mean that electricity will be restored immediately to the entire county. To be clear, residents should plan for another night without power. While PG&E can use the same restoration techniques for this event as it uses for general storms, this is a significant outage and therefore restoration for Humboldt will happen in phases. Some residents may begin receiving power restoration as early as tonight, but full restoration may take several days.

In the event that you encounter a traffic signal that has been impacted by the Public Safety Power Shutdown (PSPS) event and it is not working, please treat it as a four-way stop. Do not just drive through the intersection without stopping. Slow down as you drive during the outage as it may be difficult to see traffic signals that are not working. Stop, and look both ways when you come to an intersection before you proceed.

Be cautious when using a portable heater, and make sure generators and propane stoves are placed in well-ventilated areas. Never leave candles unattended. Service restoration can cause power surges. Use caution when power is restored and watch for fire hazards as appliances come back online.

Go to prepareforpowerdown.com or call 1-877-9000-PGE for information on PSPS or to sign up for alerts. Follow Sheriff’s OES Facebook page for the latest information. facebook.com/HumboldtCountyOES