October 14, 2019
comment
The city of Eureka announced today that Dean Lotter of New Brighton, Minnesota, will be the next city manager.

Lotter’s official employment agreement will be coming before the city council at its Nov. 5 meeting, with an official start date coming at the end of the year after current City Manager Greg Sparks retires, according to a release. 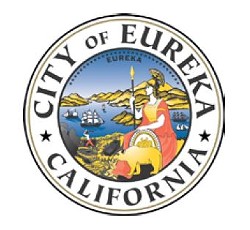 “I am truly honored to be selected as the next city manager of Eureka,” Lotter says in the release. “My wife, Wendy, and I are very much looking forward to moving to Eureka and embracing the area and all of its people, opportunities and challenges.”

Lotter adds that he and his wife enjoy hiking, camping and walking their rescue dog Queso. Mayor Susan Seaman says in the release that she is expecting a “smooth transition.”


Read the full city of Eureka release below:

Previous experience: Dean served as the City Administrator of Minnetrista, MN. Minnetrista is a developing, third ring Twin Cities Metro suburb of 6,500 people surrounded by many nearby lakes. He managed a $6 million City Budget and developed relationships with many nearby agencies and districts. Prior to Minnetrista, Dean was the City Administrator in the City of Janesville, MN. Janesville is a rural, stand-alone community that provides a nursing home as well as electrical generation and distribution service along with all other public services to its residents. While there, Dean developed and managed a 4-million-dollar budget.

Dean Lotter received his Bachelor of Arts from the University of Wisconsin at Stevens Point with majors in Public Administration & Policy Analysis, Political Science and History in 1993. Dean earned a Master of Arts in Urban Studies – Local Government from Mankato State University (MSU) in March of 1996.

In a statement to the City, Dean stated, “I am truly honored to be selected as the next City Manager of Eureka. My wife, Wendy, and I are very much looking forward to moving to Eureka and embracing the area and all of its people, opportunities and challenges. Growing up in Green Bay, WI and close to the water, I raced on a 24-foot sloop out on Green Bay with my dad and his best friend, I look forward to embracing a life by the water again. As a couple, Wendy and I are active people. We love hiking, camping and walking our rescue dog Queso.”

We're anticipating a smooth transition and a real opportunity to move Eureka forward with Dean, who is coming to us with a wealth of City Manager experience and an excellent record of success in his current position, commented Mayor Susan Seaman. Final approval of Mr. Lotter’s employment agreement will be at the November 5, 2019 Council meeting. Dean Lotter will start with the City of Eureka upon Greg Sparks’ retirement at the end of the year.