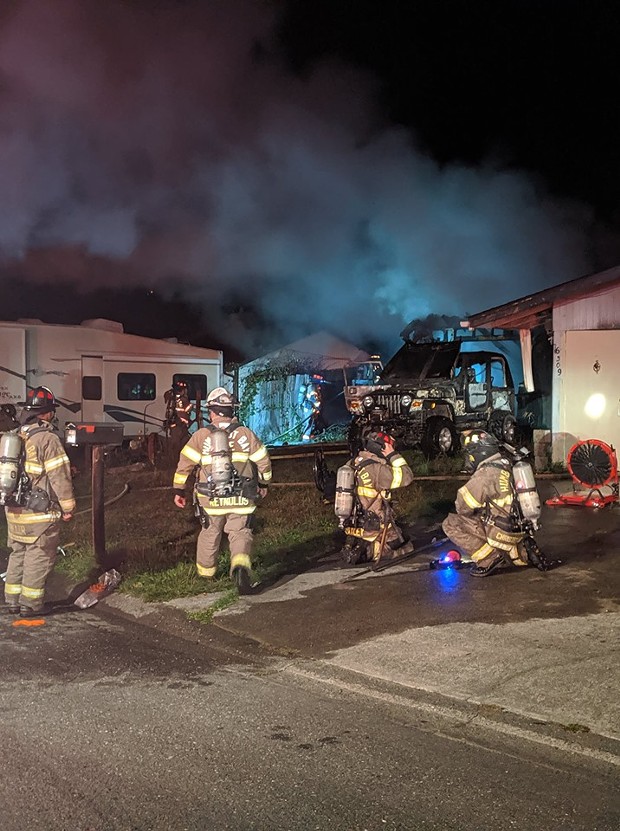 Firefighters rescued one person from an early morning house fire after neighbors awoke to smoke and flames.

Humboldt Bay Fire crews arrived at the house on the 6300 block of Purdue Drive near Humboldt Hill about 12:45 a.m. to find the residence “well-involved in fire,” according to a release. After conducting a search, firefighters found one resident in the home. That person is in critical condition.

The cause of the fire is under investigation. Losses were estimated at $250,000.


Neighbors were awakened Wednesday morning to smoke and flames coming from a home on the 6300 block of Purdue Drive around 12:45AM.

HBF crews performed a search and one occupant was rescued from the home. The patient is in critical condition and was transported by City Ambulance to St. Joseph Hospital.

After performing rescue operations and confirming there were no other occupants, crews gained fire control and were able to prevent the spread of fire to any neighboring homes.

The cause of the fire is under investigation at this time.

Humboldt Bay Fire would also like to thank the neighbors on scene for their information and concern for their neighbor. Our thoughts are with the family.