Endangered Sea Turtle Recovering After Washing Up in Humboldt

Marine Mammal Center spokesperson Giancarlo Rulli tells the Journal that Donatello, as the adult female turtle has been dubbed, is currently receiving supportive care, which includes electrolyte fluids to help with hydration and heat support for hypothermia. She “showed positive signs” in a rehabilitative swim session today but, Rulli warns, the “long-term prognosis is still guarded.” 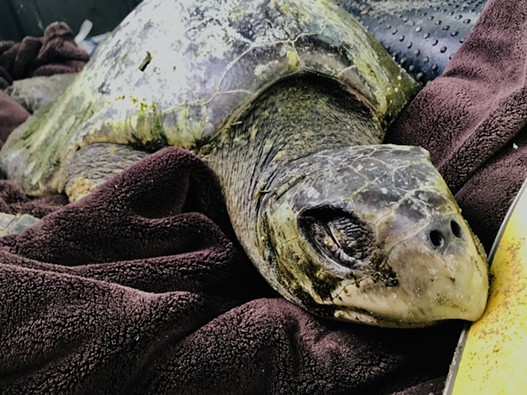 The turtle was spotted by a beachgoer in the surf off Bunkers Beach, north of the North Jetty on Saturday. The beachgoer then called the Humboldt Wildlife Care Center and the Marine Mammal Center’s stranded animal hotline. Monte Merrick, the Wildlife Care Center’s director, said he was first to arrive on scene and was surprised to see the turtle, noting he’s never seen one on the North Coast, as they need tropical or subtropical water. The turtles generally keep to regions like Baja California, the Persian Gulf and the Carribean Islands. Consequently, Merrick said he struggled to identify exactly what he was looking at.

“It was obviously a sea turtle, that part I knew,” he said. “I have seen Finding Nemo.”

Merrick said that while Donatello initially appeared unresponsive, she moved around when he picked her up to load her into a truck and wrap her with blankets. He said he assumed she was suffering from hypothermia from the cold water and that she appeared emaciated, guessing she weighed around 25 pounds when she should have been closer to 40.

“She was pretty down,” Merrick said.

“When they’re this far north, it’s never a good thing,” she said. “It’s way too cold up here for them.”

Rulli said it’s still too early in Donatello’s recovery to determine if she will be released back into the wild. Once stabilized, he said she’ll be transferred to a yet-to-be-determined partner organization for further rehabilitative treatment and monitoring prior to a possible release.

It’s unclear why or how Donatello came to Humboldt’s shoreline, but Merrick noted that there was an unusually warm coastal current last month.

“It could be that she just followed that warm water north,” he said. “We have our theories about what happened but we weren’t there.”

Helms took the opportunity to remind people that they should never approach marine animals they come across on the beach, and should certainly never try to push a stranded animal back into the water. Instead, she urged them to call the center’s stranding and rescue hotline at (707) 951-4722. 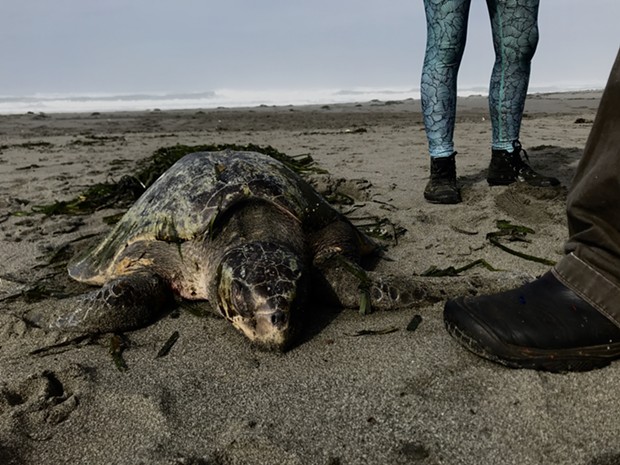 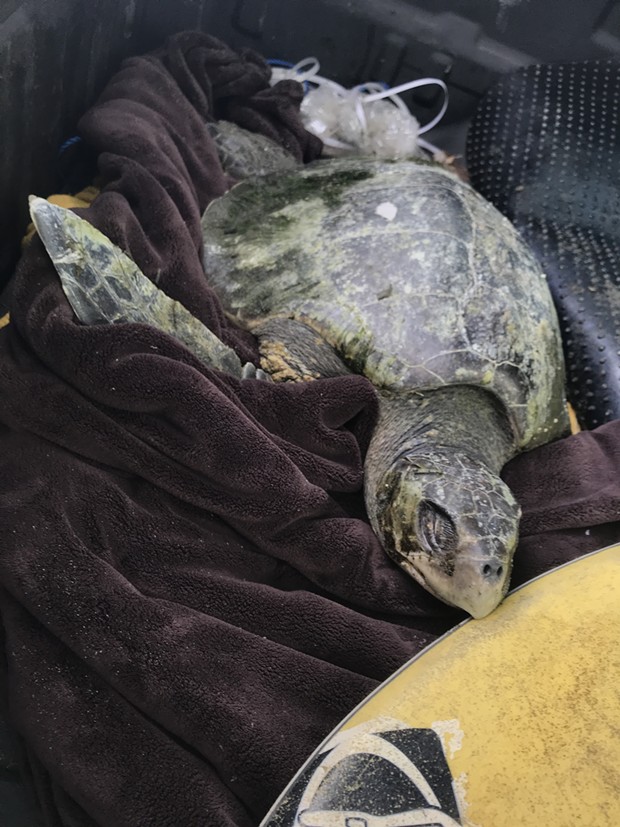 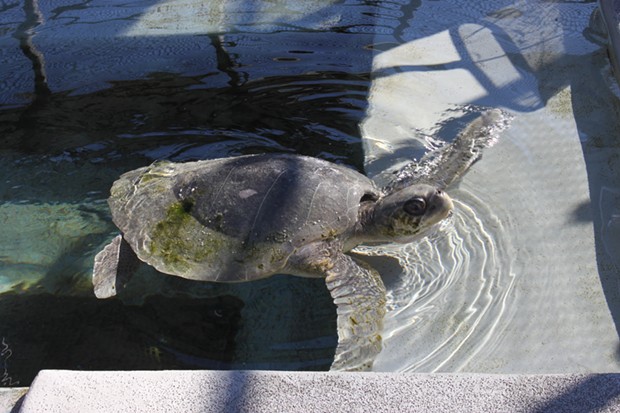