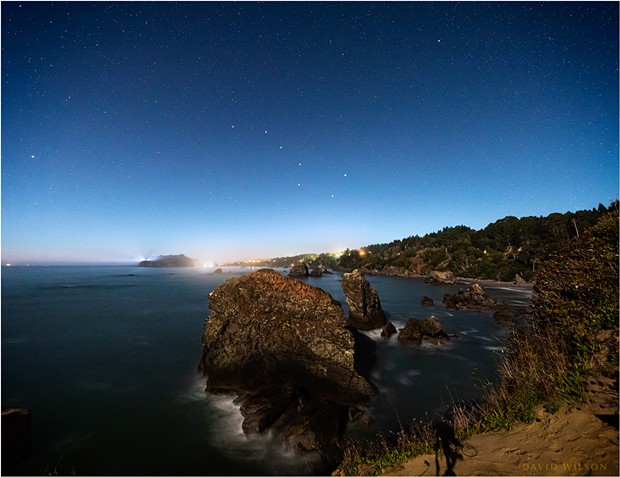 The planet hung silently in space. A tiny jewel in the blackness, it was a half-lit marble of greens and browns and blues and whites. But it was more than a planet, it was a life-bearing droplet, a little oasis of life journeying in infinite patience in its timeless passage around the sun. Soft moonlight from its single silvery satellite played upon the planet’s face, creeping across continents and oceans as the world revolved in its glow.

From the moment of its birth, the planet was in constant motion. It orbited its sun in a never-ending ellipse, and it spun on its axis unceasingly. Beneath its surface tectonic forces pushed and pulled, shaping the planet’s larger features. Forces on the surface and above it carved and polished the land. Rivers wore the terrain down and carried it in their flows to the oceans, and the oceans themselves sloshed to the rhythm of the moon, their waves and tides nibbling at the edges of the land. The atmosphere roiled continuously overhead and further smoothed the planet’s features in its persistent caress.

Continents drifted, mountains rose and fell, glaciers came and went, each process shaping the land dramatically. But life on the planet was oblivious. Life is short, and the pace of change was long, and life lived on unaware and unconcerned, shaped through the eons by the very forces it could not see.

One night my brother Seth and I stood in the moonlight on the continent’s edge, two small ephemeral life forms contemplating the planet we call home. The moon’s silvery orb hung in the sky, bathing the western edge of the North American continent in moonlight where it met the great Pacific Ocean. Rocks mingled with the waves, vainly resisting the erosive forces tearing them down. Yet they seemed permanent fixtures. 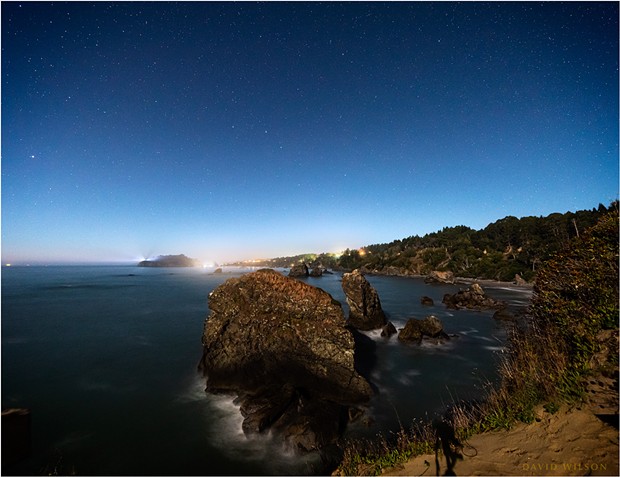 We could not see the shape of the coastline changing before our eyes, but we knew it was. The waves crashed against rock and beach unceasingly, one after another, and still we saw no changes. A lifetime of observation would mostly note only minor changes to the shoreline or landscape. But a lifetime is merely a spark next to the long life of the Earth; what chance have I to glimpse any of these great processes except as a single snapshot?

Up the coast from us, across the ocean waves smoothed by the long exposure of the camera’s patient eye, sparkled the little town of Trinidad. For as long as I can remember it has been there, and it will no doubt be there long after I’m gone. Yet it, too, will be gone in the blink of Earth’s eye. Or do we believe our civilization will last until the end? No, we are too fragile and tiny to be thinking in those terms. Humanity will die off before Earth does; Earth has billions of years left in her. Perhaps if we tread lightly, we will prolong our stay, and maybe we will last longer than we would have.