November 08, 2019
3 comments
At the end of this month, sandwich and fresh pasta purveyor Pasta Luego is shutting its doors in Arcata's Jacoby Storehouse. Owner Nicole Maki started working at the shop in 2013, a few months after it opened, and bought it from restaurateur Bill Chino in 2016. Three years later, after struggling with the combination of an economic downturn and plaza panhandlers, she says, the financial hits of successive PG&E shutdowns were the last straw. She's closing down her packaged pasta business, too, though she says, "I can always pick it back up.” 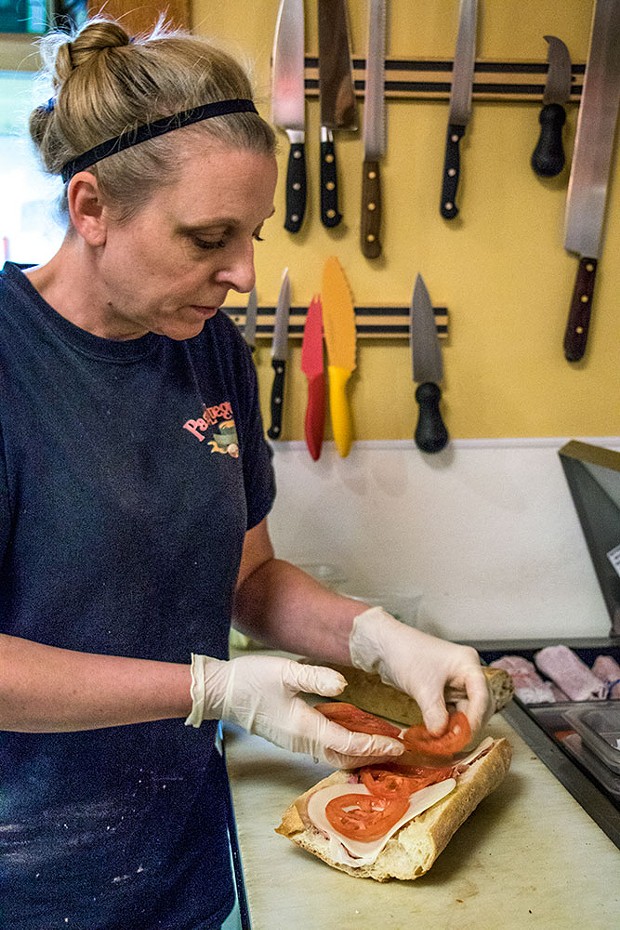 “Things just never took off. There’s a plateau level of customers," says Maki. "I can’t sell more than 30 sandwiches a day. I don’t feel, even if I add elements, it’s gonna change.” She says she often hears customers at her shop and the neighboring toy store complain about the location. “We would love to see a children’s playground out there,” she says, adding that a family-friendly structure with police presence would curtail panhandlers. Her customers "don’t want to be accosted or panhandled or asked to buy drugs. And you can’t really walk through the plaza without those things.”

Maki says she's seen a “definite decline,” both in the economy in general and downtown customers. “We're paying extra rent to be in this beautiful place and half of us aren’t even enjoying being here.”

The recent planned PG&E shutdowns on Oct. 8 and Oct. 26 took their toll, too.

“These power outages just wiped me out and there’s no insurance for it because they’re scheduled outages,” says Maki, who estimates her total lost inventory and wages at around $4,000 to $5,000. In an effort to keep her stock of expensive meats cold, she locked down her refrigeration unit and closed the shop for the week, not wanting to risk opening before the expected Oct 29 blackout that never came. “That was definitely the final [thing]. I thought, 'I gotta figure something out.'”

A founding member of the American Legion Women’s Auxiliary, Maki plans to spend more time at the Arcata Veterans Hall, where she is the event coordinator. Along with aiding the effort to "turn that into a kind of command center during blackouts and such," as well as fundraising for improvements with brunches and other events, she's looking into helping the hall open its own restaurant. It's a project that, for her, dovetails with the auxiliary's mission of helping veterans find their feet and community in the civilian world. And, she says, she'll be relieved to stop worrying about the overhead of running her own shop.

“I don’t want to be in a business," she says. "I’d rather work for a nonprofit.”