The Humboldt County Sheriff’s Office has released stats for its Marijuana Enforcement Team, or MET, which just wrapped up its 2019 grant season.

According to a release, the team conducted 86 operations on unpermitted grows that eradicated more than 200,000 cannabis plants, seized nearly $100,000 in cash and resulted in the arrest of 16 people between October of 2018 and September.

Those operations, according to the sheriff’s office, were funded by a $200,000 grant from the federal Drug Enforcement Administration, which has provided money to Humboldt County for the last two decades. 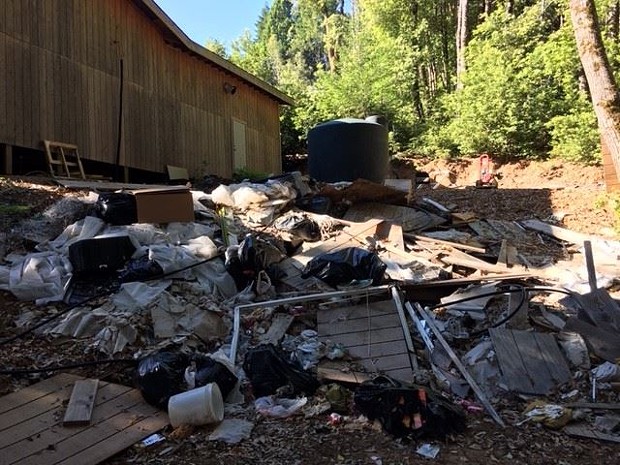 Over the summer, the National Guard was brought in to survey areas of Humboldt County for “illicit cannabis” grows.

“The National Guard is here at my request and they’re working with us to assist us with the illicit marijuana industry that has been a problem here in Humboldt County for years,” Humboldt County Sheriff William Honsal said at the time in a Facebook video posted after concerns were raised about the flights.

The sheriff also said that his office’s actions were “complaint driven” and anonymous reports about potentially illegal grows could be made to the sheriff’s office hotline.

The DCE/SP grant is funded by the Drug Enforcement Administration with the intent to reduce domestic cannabis cultivation. The DCE/SP grant started in 1979 and funds deputy overtime costs, expendable and non-expendable equipment, aircraft rental and training/travel costs. For the 2019 grant cycle, the Sheriff’s Office received $220,000 to cover these costs. The Sheriff’s Office has been a recipient of this grant for the past 20 years.

While the DCE/SP grant cycle has ended, the Sheriff’s MET will be continuing its cannabis enforcement investigations this winter with a focus on unpermitted indoor cultivation operations.