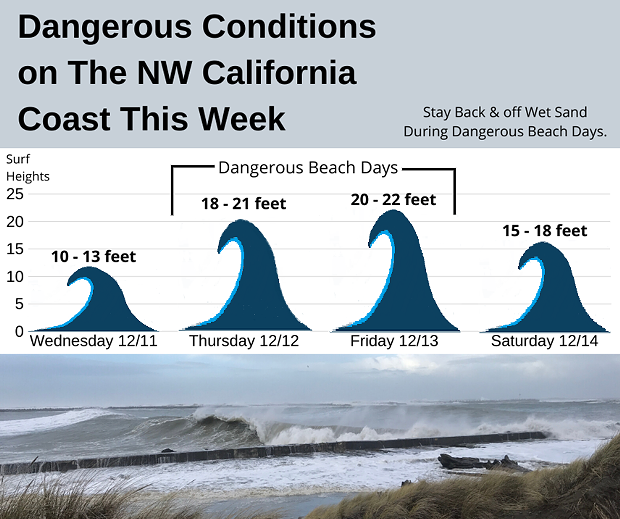 Heads up, the Eureka office of the National Weather Service is reporting that some lower lying areas could see minor flooding as high tide hits around 11:40 a.m. due to large surf.

Among those most likely to be affected are zones around Humboldt Bay, “particularly” King Salmon and the Arcata Bottom.

The Eureka office of the National Weather Service has issued a high surf advisory for early Thursday morning through Friday afternoon.

According to the office, a “significant swell” will hit the local coast, sending “large breaking waves” high onto beaches and over jetties and rocks. The 18- to 21-foot waves will also create hazardous conditions around the entrance to Humboldt Bay.

“Beachgoers should use extra caution when venturing closer to the surf zone,” the NWS Facebook post states, describing Thursday and Friday as "dangerous beach days."