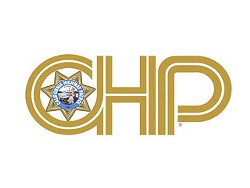 The California Highway Patrol today released the identity of the two drivers involved in yesterday’s fatal head-on collision in Benbow.

Teiwaz Steenblock-Smith, 32, of Willow Creek and Jamie Mae Sanchez, 44, of Eureka died in the crash, as did two dogs.

According to the CHP, Steenblock-Smith was driving northbound on U.S. Highway 101 around 9:20 a.m. when, for reasons still under investigation, he crossed into the southbound lanes and “directly into the path” of Sanchez’s vehicle.

According to the release, Steenblock-Smith was not wearing a seatbelt when the vehicles collided. It’s unknown if alcohol or drugs were a factor in the collision.


Read the full CHP release below:

For reasons still under investigation, the Honda crossed into the southbound lanes, directly into the path of the Toyota. The Honda struck the Toyota head on and both vehicles came rest partially blocking both southbound lanes. As a result of the collision, both drivers succumbed to their injuries and were pronounced deceased at the scene. Northbound and southbound traffic was diverted onto the off ramps for approximately four hours.