March 21, 2020
2 comments
Mornings this week have started as always for Ray Ortega and his second-grade daughter: They wake up, get dressed, eat breakfast, and prepare for their day at school and work.

Except, this week, the classroom is their Sacramento home office, and the teacher is Ortega, who, with his wife, is juggling his job with homeschooling duties — the sudden result of California’s sweeping statewide efforts to slow the coronavirus pandemic’s spread. All of California's K-12 schools have shuttered and will remain so under the shelter-in-place order issued by Gov. Gavin Newsom on Thursday, which is slated to remain in place at least until April 10.

On Tuesday, however, as the death toll rose and the full implications of the crisis sank in, Newsom let the other shoe drop: Those closures would probably last through the remainder of the 2019-20 school year, he predicted, and might cost kids three months or more of instruction inside physical schools.


As parents across the state reeled, the governor added that parents might want to homeschool their children while school districts figure out how to make the tectonic shift from regular classroom instruction to distance learning. Newsom said the state would provide a list of curated materials to support that, and noted that educational programming was being ramped up by PBS.

But many questions about how California public schools will continue to educate their 6.2 million students remain unanswered. The state issued broad guidance to school districts late Tuesday as they weighed basic logistical questions around how to feed students and families who rely on schools for nutrition and how to educate them under unprecedented circumstances.

On Wednesday, Newsom signed an executive order formally following through on plans to forgo standardized testing for California students. At a Wednesday webinar hosted by the California Department of Education, state Superintendent of Public Instruction Tony Thurmond supported Newsom’s order, saying standardized testing should be the least of worries for students and teachers.

Thurmond and other school leaders reiterated that students and families should not be under the assumption that shuttered schools mean no more instruction for the rest of the school year, which runs through mid-June for most districts. 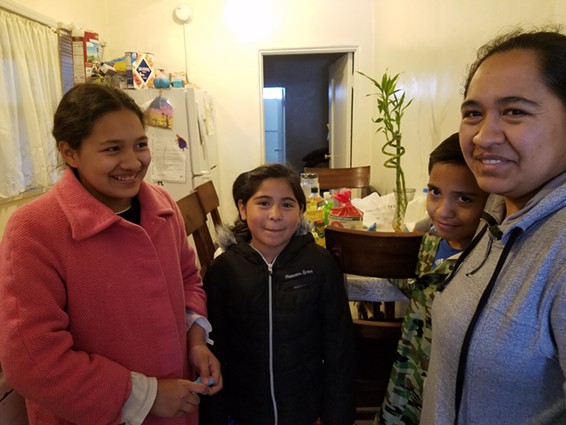 “I want everyone to understand that while we are in very unique circumstances and times, we are still providing education to our students,” Thurmond said. “School is not out, but we are finding a different way to deliver it.”

Troy Flint, spokesman for the California School Boards Association, said the priorities laid out in the state’s guidance — feeding kids, transitioning to distance learning, finding safe ways to maintain childcare options for working families — were “laudable goals.” But he also said the shift toward distance learning raises questions about how schools will ensure equitable learning opportunities and their overall preparedness in making such dramatic shifts.

A national survey of 1,165 K-12 school leaders by Education Week found that 41 percent of respondents felt that their schools were not prepared to provide distance learning to students for a single school day, though another 22 percent felt adequately prepared.

“We’re in an unprecedented time,” Flint said.  “And frankly, the existing infrastructure both in schools and in the home, as well as the existing level of professional development and level of access to technology throughout the state, is not at a stage where we can implement a universal plan for distance learning that will provide equitable access for students statewide.”

One issue that schools will have to confront in their distance learning transitions is the deep socioeconomic disparity that cuts through the state’s schools and its students. About 6 in 10 students rely on schools for nutrition. In some large, urban districts such as Los Angeles the proportion of socioeconomically disadvantaged students is  80 percent.

That translates to disparate opportunities in learning remotely. In South Los Angeles, Adriana Fuentes recently called AT&T to try to order an internet connection while her kids, 13, 10 and 8, are out of school. But the company told her it would be more than $90 a month plus an installation fee. The family can’t afford it, she said.

“They kept wanting to sell me a package, I just want internet for the kids but it’s too expensive,” she said in Spanish. “For health reasons it’s fine they are home, but they are going to lose so much academic learning and I am concerned about that.”

Fuentes’ daughter Kimberly, 13, misses school, she said. Her school-issued tablet doesn’t function well even though it’s supposed to have internet service on it.

“It’s hard because I have to do work on the internet and it’s slow and the work doesn’t appear,” Kimberly said. “My grade could go down and I’m worried.”

And now that libraries and places such as McDonalds, where families can connect, are also closed, Fuentes isn’t sure how to help her kids.

Distance learning could mean a teacher delivering virtual lessons to students to independent online learning using computers, or instructional television. Coats and other officials singled out plans by Los Angeles Unified School District and Miami-Dade Public Schools — both among the nation’s largest school districts — that have partnered with local PBS member stations to create instructional programming for students who are away from school.

“This is a good option for socioeconomically disadvantaged populations because in general, even if a student does not have access to a device or wi-fi, they may more than likely have a television in their home,” Coats said.

Though the state said it plans to update its guidance every week, along with introducing new guidance on serving special needs students, how schools deliver instruction to students mainly rests on the shoulders of local school officials and, for the time being, parents.

The Ortega family decided to shelter in place Saturday, three days before Sacramento County officials directed residents to stay home. After his daughter’s district, Sacramento City Unified, announced mass school closures, “we realized we were going to have to do something.”

Through a patchwork of strategies, Ortega has sought to “keep things as if they were quote-unquote normal.”

His and other families in their East Sacramento elementary school have group texted homeschooling suggestions. His daughter’s teacher has provided some guidance while juggling inquiries from other parents. He googled word problems for second-graders — a subject Ortega’s daughter enjoys — and found “all kinds of worksheets” for her to work on.

“Yeah, certainly we could choose to just hang out for the day – I think that’s what she thought she was going to get,” Ortega said, referring to his 8-year-old daughter, “but we’re both working from home, as well, and of course, her education is important.”

A media specialist for the American Society for Microbiology, Ortega has sought to maintain structure, checking off lessons he and his daughter complete throughout the day. Reading. Math. Art. Even P.E. class, which on Wednesday consisted of exercises using home equipment.

But this experiment is a work in progress, he confesses. He wonders about schools’ long-term plans for keeping up students’ educations, learning to teach on the fly isn’t easy, and it has been an extra-credit challenge to maintain normalcy.

On the third day of homeschool, Ortega’s daughter woke up crying. She didn’t understand why she couldn’t go to school and be with her friends.

“Explaining it to her without scaring her has been probably the trickiest part because, honestly, I don’t recall a time in my life that we’ve seen anything like this where we basically shut down the whole country,” Ortega said.