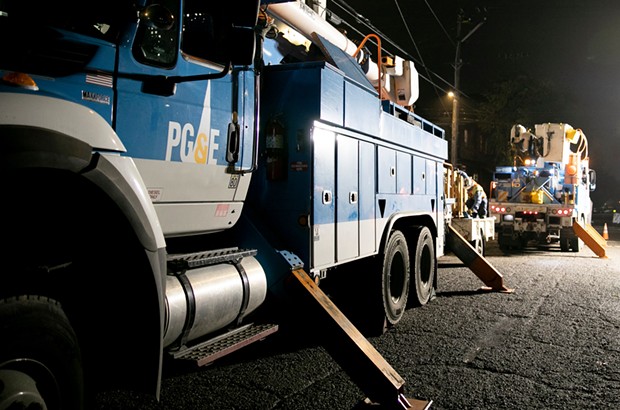 In the middle of a pandemic, Gov. Gavin Newsom signed off on Pacific Gas and Electric Corp.’s $57.65 billion bankruptcy reorganization plan Friday, after winning shareholder concessions and governance changes that he declared would be “the end of business as usual” for the state’s largest utility.

The company agreed to a number of changes, notably no shareholder dividends for three years and new oversight and enforcement mechanisms to redirect PG&E if it isn’t reaching safety or climate change goals. The utility could be sold if the reorganized company is unable to succeed or has its license revoked by state regulators for failing to meet safety improvements. The deal marks the end of a yearlong battle with a governor who had threatened a public takeover unless executives changed the corporate culture and investors agreed to take a financial haircut.

PG&E chief executive and president Bill Johnson said the company now hopes to exit Chapter 11 bankruptcy in a timely manner. Under state law, PG&E needs to do so by June 30 to access a $21 billion state fund for compensating victims of wildfires, which is a key component of its financing plan.

“We now look to the California Public Utilities Commission to approve the plan through its established regulatory process, so that we can exit Chapter 11, pay wildfire victims fairly and as soon as possible, and participate in the state’s wildfire fund,” Johnson said in a written statement.


PG&E filed for bankruptcy protection in January 2019, after being held financially responsible for a series of deadly and destructive wildfires in 2017 and 2018. Though many victims, insurers and bondholders had signed off on a reorganization plan, Newsom was the last holdout — worried that it would leave the company with too much debt and not enough changes.

In previous objections, he demanded the company oust its board and replace it with a majority of Californians, including experts on utility safety. Newsom also wanted a provision that the firm’s operating license be transferred to the state or a third party when required.

After months of behind-the-scenes wrangling, both parties agreed to a number of changes, notably:

• No dividends to be paid to shareholders for the next three years, which amounts to about $4 billion forfeited.
• About $7.6 billion in shareholder assets would be used to repay or refinance utility debt.
• A board and executive team is in place that will prioritize safety.
• State regulators gain greater oversight and enforcement powers.
• A state observer will monitor PG&E’s safety goals before the company exits bankruptcy.
• A transition officer will be appointed if the bankruptcy process is delayed.

“This is the end of business as usual for PG&E,” Newsom said in a written statement.

“Through California’s unprecedented intervention in the bankruptcy, we secured a totally transformed board and leadership structure for the company, real accountability tools to ensure safety and reliability and billions more in contributions from shareholders to ensure safety upgrades are achieved,” the governor said.

In addition, the state will have legal authority to demand further changes. “We aren’t taking our foot off the gas,” Newsom said.