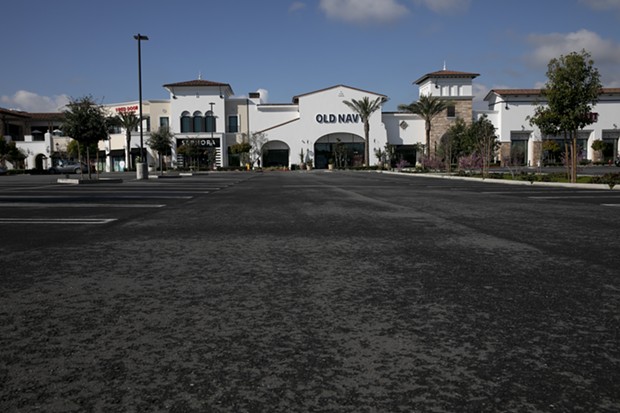 California is ready to partially reopen major sectors of its economy as early as this Friday, including retail shops and the manufacturers that supply them, Gov. Gavin Newsom said Monday.

Clothing outlets, bookstores, florists and other merchants across the state will be allowed to offer curbside pickup as long as they obey physical distancing guidelines meant to stem the spread of the novel coronavirus. California companies that make clothing, furniture, toys, and other goods those retailers sell can also resume operations, with appropriate worker protections.

“This is an optimistic day as we see a little ray of sunshine on the horizon,” said Newsom.

While more details on which specific industries would be allowed to reopen won’t be available until Thursday, Newsom’s announcement marks the first major relaxing of the statewide shelter-in-place order he issued March 19 and the first time the governor has offered a specific date by which California can enter the second stage of the administration’s four-stage recovery plan.

With COVID-19 hospitalization rates stabilizing, testing capacity improving and a sufficient inventory of personal protective equipment, Newsom said the state can begin the delicate dance of reopening its battered economy while trying to prevent a second major wave of infections.

In a nod to growing pleas from more rural parts of the state less affected by the virus, Newsom’s plan allows individual counties to reopen restaurants and offices if local public health officials certify those plans as safe. But the governor cautioned the state would intervene if it suspected community transmission of the virus was reaching dangerous levels, referencing an unspecified “trigger” that would prompt state action.

Counties could also opt to maintain stricter shelter-in-place orders than those proposed by the state, Newsom said, indicating some Bay Area counties may consider that approach.

While picking up T-shirts outside an Old Navy or paperbacks outside a local bookseller may provide some Californians with a sliver of pre-pandemic normalcy, wide swaths of the day-to-day life will remain shuttered even under the updated shelter-in-place order, including gyms, hair salons, and movie theaters. Newsom did not indicate when he believed those enterprises, slated for “Stage 3” of the state’s plan, may reopen.

And malls are specifically excluded from the kinds of retail businesses that would be allowed to start welcoming customers beginning Friday.

Yuba, Sutter and Modoc counties, all in relatively sparsely populated regions of the state, have already allowed the reopening of private gyms and some other businesses still not approved by the state. Newsom declined to answer whether he was planning to punish counties that moved too fast than the administration preferred.

Key to the administration’s confidence it could reopen parts of California safely was a new initiative to create an “army” of coronavirus contact tracers–public health workers tasked with tracking down people exposed to the virus so they can safely self-isolate and prevent the disease from spreading.

Newsom said a partnership with UCLA and UCSF will allow for online training of 3,000 new tracers a week, starting Wednesday, that will work for local public health agencies. Those workers will initially come from a pool of local and state government workers.