Happy News: It's a Baby Zebra (or Hebra) 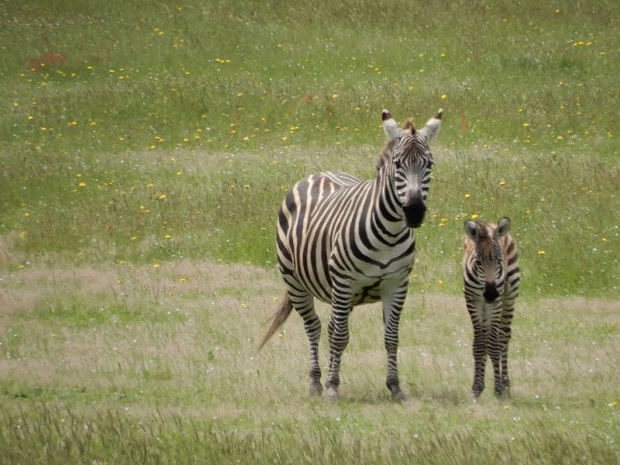 The hills of Humboldt are hiding a tiny, striped foal – the newest member of the zebra herd located on a ranch off the Mattole Road near Petrolia.

The little one with the long, delicate legs and the dizzying assortment of black and white dashes is the fifth zebra (or hebra – the result of a horse/female zebra mating) in the group. 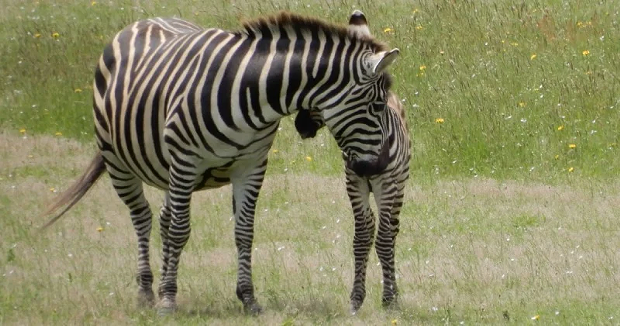 Travelers on the road are often stunned to see this peculiar addition to the beauties of the remote area. According to Cindy Lyman, who took these photos, there are cows as well as a red stallion, “Bo, named after John Wayne’s horse he rode in the movie, True Grit” and “a couple of mules with them … .” 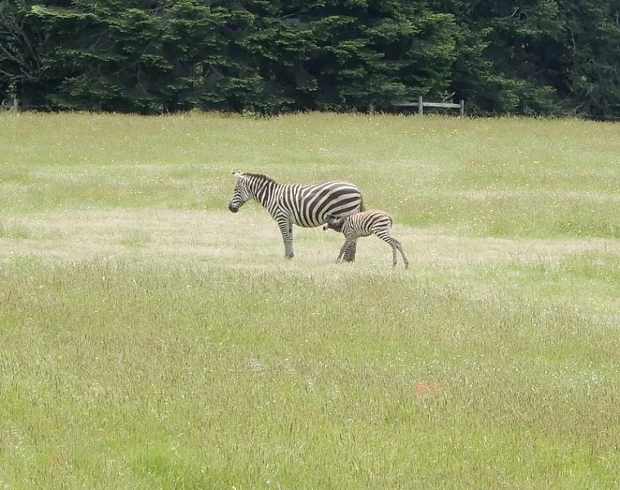 It’s unknown whether the newest zebra is the product of a horse/zebra mating or if the zebras are interbreeding. The photos here were taken May 14, probably within a day or two of the foal being born.

Almost exactly two years earlier, on May 13, 2017, Randy, an adult male zebra, was found dead of a gunshot wound. The case has never been solved.