UPDATE:
A subject has exited the house and been searched and detained.

PREVIOUSLY:
A reportedly armed man who had refused to leave a 7th Street apartment has exited the building and is being detained.

Just before 3 p.m., a woman reported being choked in an apartment building on the 1300 block of 7th Street and said that her assailant, a man, had an assault rifle, according to information a dispatcher relayed to Eureka Police officers over the scanner.

The woman left the apartment and was being assisted by law enforcement. The man called emergency dispatch from the apartment and said he did not have a rifle, the dispatcher told officers. He offered to show pictures of the woman choking herself through the window but will not exit unless officers have a warrant.

Law enforcement is on the scene and the incident caused traffic to be blocked on 7th Street. 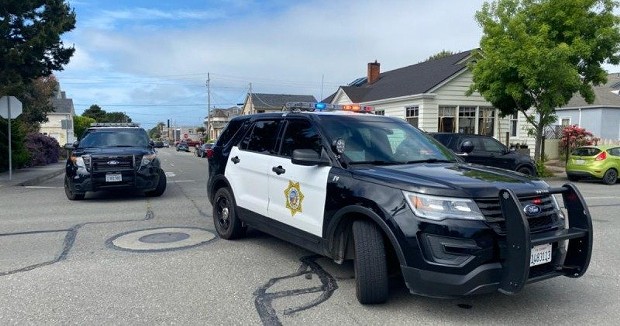