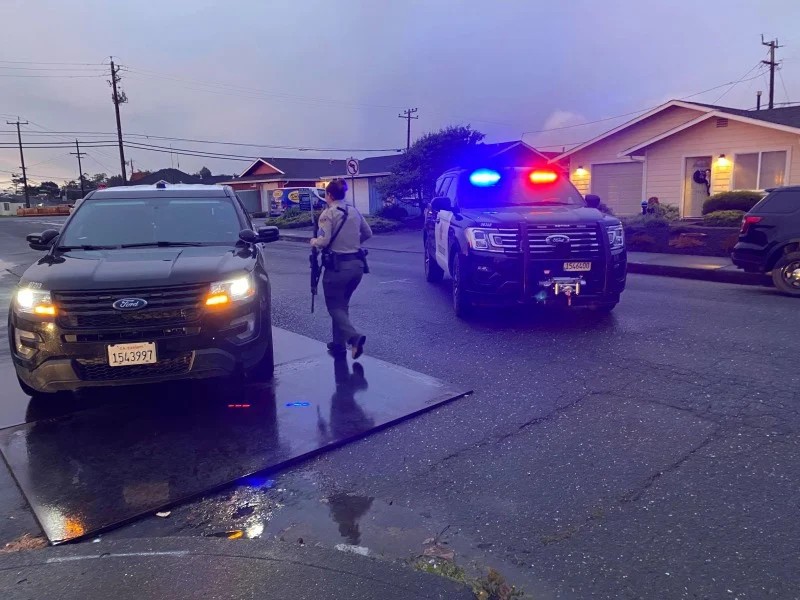 About 8:24 p.m., a dispatcher sent officers to a possible armed home invasion in the 3100 block of Glen Street in Eureka.

Reportedly, a man in the home had managed to text his mother that armed men were in the home and robbing it. She contacted 911.

Officers responded and suspects fled the home. “Runners out the back,” an officer relayed over the radio at 8:37 p.m. By 8:46 p.m., officers were reporting they had five people detained. Officers are searching the area around the home and questioning those detained.