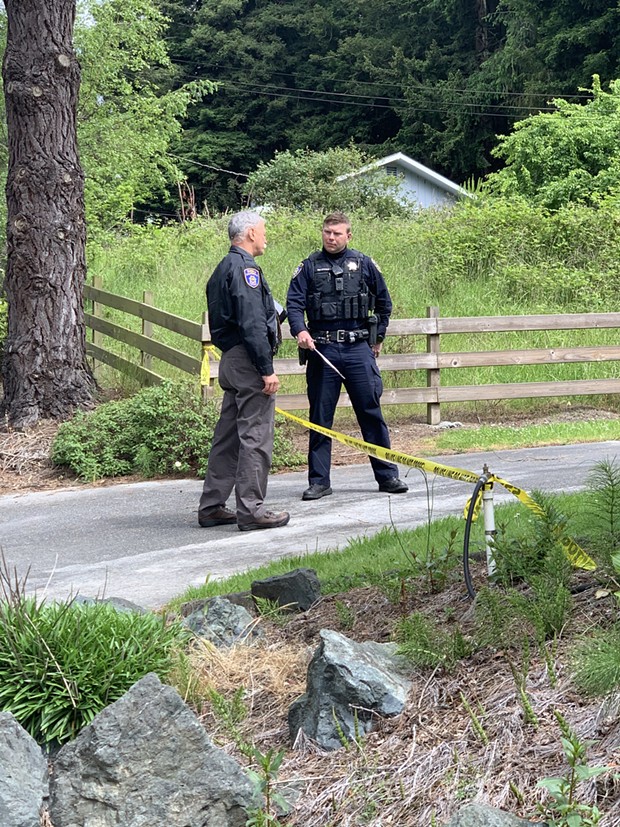 The Eureka Police Department arrested Wesley Lee Starritt yesterday on suspicion of killing Roger Mitchell “Mitch” Clark, who was found dead at his Campton Drive home on May 20.

The Times-Standard reported that Eureka Police Department Chief Steve Watson said the arrest of Wesley Lee Starritt has taken “a possible serial killer in the making off the streets."


“There is no doubt in my mind this arrest saved lives,” Watson added.

Two other stabbings have occurred recently in Eureka, the first April 20 at Holly Street in Eureka and the second May 13 at Cooper’s Gulch. Both of the stabbings were unprovoked, according to EPD.


According to EPD, the 43-year old Holly Street stabbing victim was approached by another male who began stabbing him for no reason.

“The attack was unprovoked and only ended when the suspect’s knife broke, rendering it useless,” reads a debriefing of a press conference about Clark’s Homicide.


EPD responded to the Cooper's Gulch stabbing and arrived to find a 38-year-old woman with multiple stab wounds. According to the investigation, a white male in his early 20s had approached the victim and assaulted her, with the stabbing only ending once the suspect’s knife broke. The victim said she did not know the suspect.


According to EPD, Starrit is also being held at the Humboldt County jail on suspicion of the alleged stabbing at Cooper’s Gulch.


On May 26, law enforcement officials became aware of a Ring Doorbell video spreading through social media that showed a white male trying to open the door of a residence while holding a knife. EPD detectives later identified the man as Starritt. The residence was also near Clark’s home.


On the same day, a search warrant was served at Starritt’s Campton Drive residence and evidence from Clark’s homicide was allegedly found inside.


Starritt was previously convicted of assault with a deadly weapon after he stabbed a 59-year old male in Eureka and served his sentence at the Twin Towers Correctional Facility in Los Angeles. According to the 2018 stabbing investigation, he had approached the victim and began stabbing him without saying anything. The two men did not know each other and the stabbing was unprovoked.

Read the EPD's full debriefing below.