All Clear in Freshwater After Suspicious Object Found Last Night 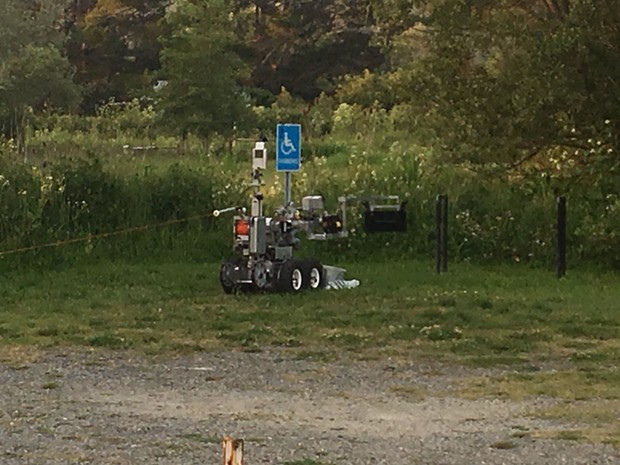 The Humboldt County Sheriff’s Office Explosive Ordnance Team responded to Freshwater last night after a suspicious object was found on Myrtle Avenue. It was determined to be safe after being X-rayed.

The new release states that the sheriff’s office asks members of the public to contact local law enforcement if a suspicious object is found, and not to move it or touch it.


On June 4, 2020, at about 7:05 p.m., a community member contacted the Humboldt County Sheriff’s Emergency Communications Center to report a suspicious object discovered near the 5800 block of Myrtle Avenue in Freshwater.

The Humboldt County Sheriff’s Office Explosive Ordnance Disposal (EOD) Team was dispatched to investigate. Utilizing an EOD robot, deputies x-rayed the object and determined the contents to be safe. There is no perceived threat to the public at this time.

The Humboldt County Sheriff’s Office would like to remind the public that if you see something suspicious or out of place in your neighborhood, do not touch or move it, but contact your local law enforcement.