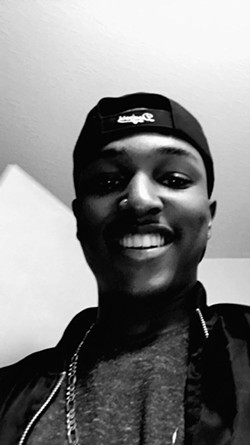 The unsolved fatal stabbing of Humboldt State University student David Josiah Lawson will be featured on Still A Mystery, an Investigation Discovery television program that looks at a single crime in each episode “where unanswered questions still remain.”

More than three years have passed since Lawson, a 19-year-old sophomore studying criminal justice, was killed on April 15, 2017, at an off-campus party.

While a suspect, then 23-year-old Kyle Zoellner, of McKinleyville, was arrested at the scene and charged with Lawson's murder, the case was dismissed a few weeks later after a Humboldt County Superior Court judge found insufficient evidence to hold him to stand trial.


Nearly two years later, a criminal grand jury declined to indict anyone in connection with the case.

Lawson's mother, Charmaine Lawson, has been a constant presence in the community since his death, calling for justice for her son and asking witnesses and the perpetrator to come forward.

“Three years and still no justice,” the post states. “I will not give up until justices is served for my son DJ.”

Earlier this year, the National Police Foundation released its long-awaited report on the Arcata Police Department’s investigation into Josiah Lawson’s death, which detailed a litany of mistakes made in the first 72 hours of the case.

The Josiah Lawson episode of Still a Mystery airs at 10 p.m. today.