Traffic Backing Up on 299 After Head-On Crash 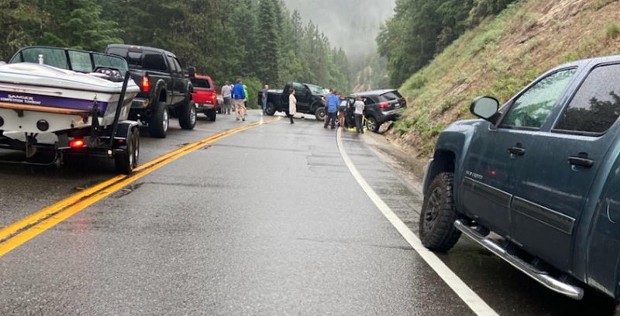 A head-on crash on Hwy 299 near Trinity Dam Blvd at approximately 4:41 p.m. blocked the entire road for about 40 minutes, according to the CHP Traffic Incident Information Page.

According to Jarron Courville, who said he was in the sixth car on the scene, “One lady was trapped in the SUV, jaws of life were on scene when I left [about 5:50 p.m.] Her baby is okay. Guy in diesel appeared to have struck her in her own lane.”

By 5:19 p.m. the eastbound lane was reopened but another traffic accident with no injuries at 5:42 p.m. is keeping traffic moving very slowly.