Last night in Blue Lake at around 9:45 p.m., an attendant allegedly shot a man who was attempting to rob the Patriot Gas Station, according to the Humboldt County Sheriff’s Office.

The alleged robber — who has yet to be identified — died from a gunshot wound at the scene. The gas station attendant — Mark Anthony Nelson Jr. — was later arrested on suspicion of murder.

The incident began at around 9:40 p.m., police said, when a man allegedly brandishing a firearm approached Nelson and a patron outside of the gas station. As Nelson and the customer fled, according to the press release, the alleged robber entered the store and stole cash and other items.


"Investigators believe that as the man exited the business, the employee, later identified as 39-year-old Mark Anthony Nelson Jr., approached the subject and shot him," police said. "A stolen firearm believed to be associated with the homicide was recovered at the scene."

Nelson was arrested and booked into the Humboldt County jail on suspicion of murder, possessing stolen property and being a convicted felon in possession of a firearm, according to the Sheriff's Office. He is being held without bail pending arraignment and the Humboldt County District Attorney's Office will review the case and decide what charges — if any — are appropriate.

The NCJ reached out to the Sheriff's Office to ask why the shooting was not considered self defense and spokesperson Samantha Karges said the investigators considered all available evidence in making their charging requests, though she declined to get into details of the investigation.

"Based upon evidence, surveillance footage and statements collected on scene, including from Mr. Nelson himself, investigators have requested the P.C. 187 charge," she wrote in an email to the Journal, referencing the penal code section for murder. "However this case, as with all cases, is being forwarded to the District Attorney’s Office for review and filing of charges. The DA’s Office will review the case and if they feel that a murder charge is not substantiated, then the office could decide not to file on that charge."

California Penal Code 198.5, known as the "Castle Doctrine," allows someone to use force — even deadly force, in some instances — to protect their home or place of business from immediate threat and there is no duty to retreat. However, the law does not allow someone to retreat to a place of safety and then use deadly force, or to use a level of force disproportionate to the immediate threat.


Residents of usually-quiet Blue Lake are stunned, particularly those who know Nelson as a friendly guy and hardworking employee. And one neighbor who performed CPR on the dying robber says police did not do enough to save the man’s life.


Local musician Chris "Turtle" Bondy was in his pajamas at his home when he heard the gunshot, and says he knew immediately that it had come from the Patriot across the street. Bondy says his first thought was, “I hope Mark’s OK.”

Bondy says he left his home and hid in a dark area outside, assessing the scene at the gas station. The parking lot was empty except for a man lying on the ground, he says. Even from across the street, Bondy could tell that the man was bleeding.

A former "forest activist," Bondy says he was once trained as a first responder and EMT. As he approached to help the wounded man, other people showed up, too — Nelson was there, Bondy remembers, along with a neighbor and a store patron.


“The other neighbor and I went to the victim, rolled him over and applied pressure to the wound,” Bondy says. “We were doing our best to keep him alive with CPR chest compressions.”


The color in the man’s face was fading, Bondy remembers, and he wasn’t talking but his eyes were responsive. Beneath the man, blood was pooling and there was cash everywhere.


“Mark picked up the money and put it back inside the store,” Bondy says.


The men continued performing CPR until two Sheriff's Office cars arrived, Bondy says. The deputies emerged from their vehicles with weapons drawn, “held us at gunpoint on the ground, and did nothing to help the guy who was dying.”


In all, four men including Bondy were handcuffed and detained by police, Bondy says. And he says that only after what felt like several minutes passed did one of the deputies suggest resuming CPR. 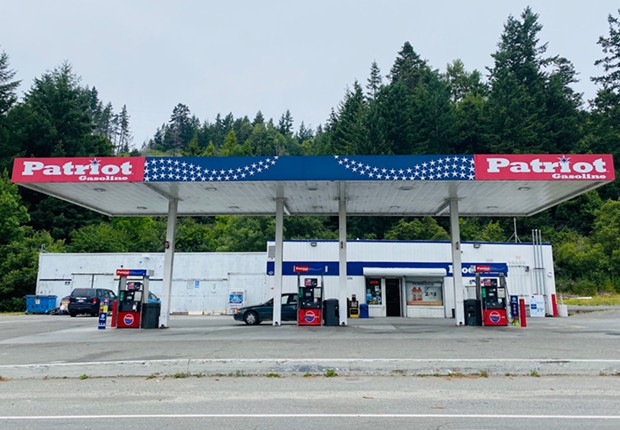 A deputy did perform CPR at that point, according to Bondy, and "[police] started combing the area ... looking for the shooter." At the time, Bondy and the others believed that an unknown shooter had escaped, Bondy says. Minutes later, volunteer firefighters showed up and took over the life-saving duties, Bondy remembers, but the alleged robber died shortly thereafter.

The neighbor who helped Bondy perform CPR later identified himself to the Lost Coast Outpost as Charles Smart. Smart told LoCO that deputies with the Sheriff's Office did their jobs as well as they could have, and that the victim could not have been saved.

Bondy, however, feels the deputies' efforts to help the gunshot victim fell short. “If you’re gonna pull someone off who is trying to keep someone alive, you better step up,” he said. “Minutes matter.”


When Bondy found out the following day that Nelson had been arrested for the shooting, he was shocked. “Mark is a great person,” he says. “Always a smile on his face and always pleasantly sociable.”


He’s not sure why Nelson allegedly took it upon himself to stop the robbery. Just last month, after some teenagers robbed the gas station, Sohal says he told all of his employees: “Don't fight. Give them the money and let them get away. At the end of the day, it’s only a couple hundred dollars.”


Sohal was aware that Nelson had a criminal history but didn't know the specifics. Back in 2011, Nelson was sentenced to serve a six-year, four-month prison term over a bizarre road rage incident in which he shot a woman while driving down Eureka's H Street after she rammed his vehicle with hers.


“Maybe [Nelson] has made bad choices,” Sohal says. “But he was trying to get his life together.” 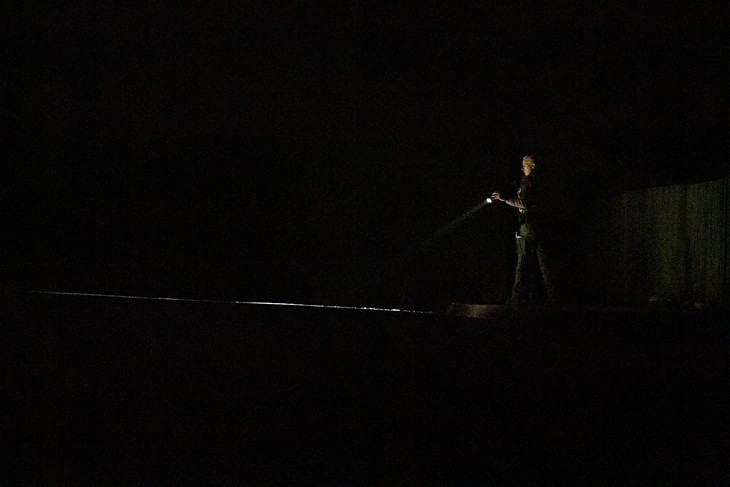 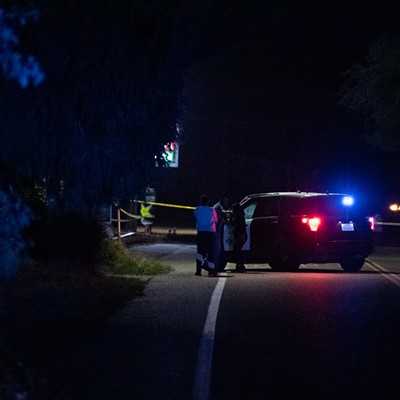 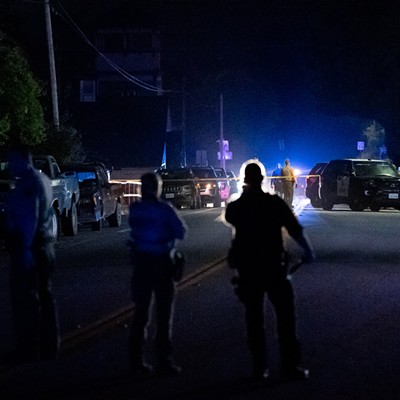 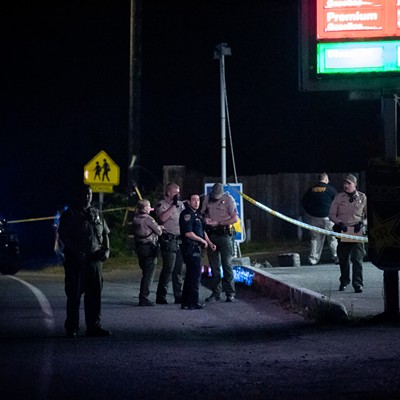 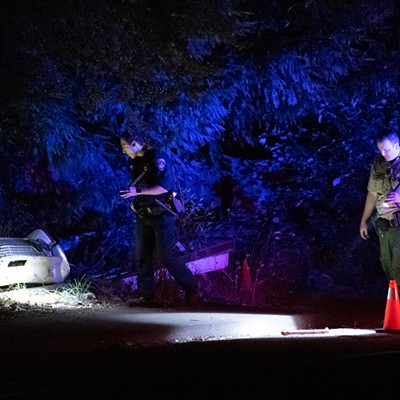 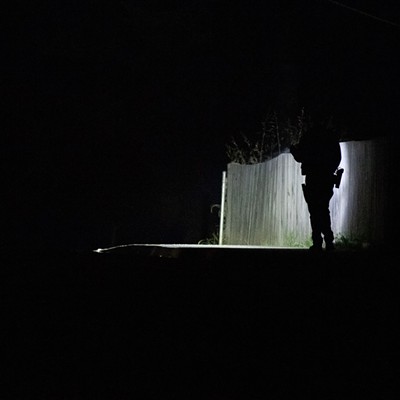 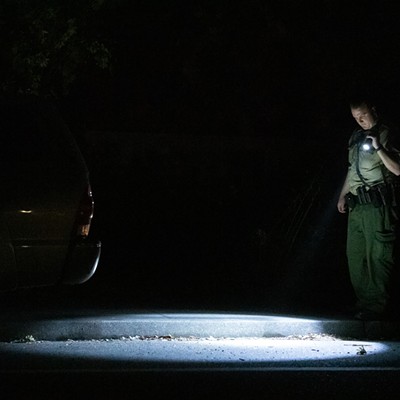 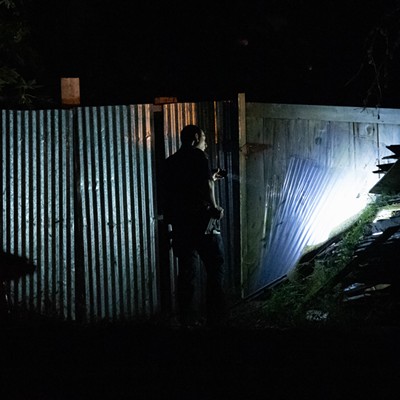 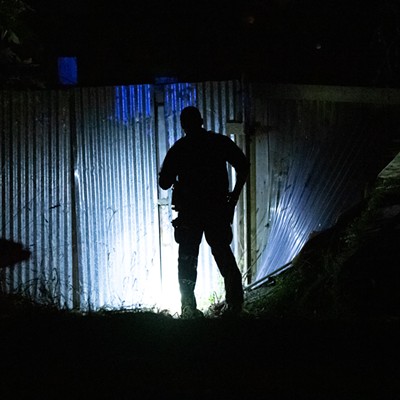 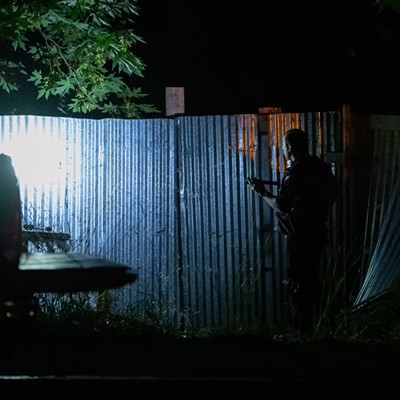